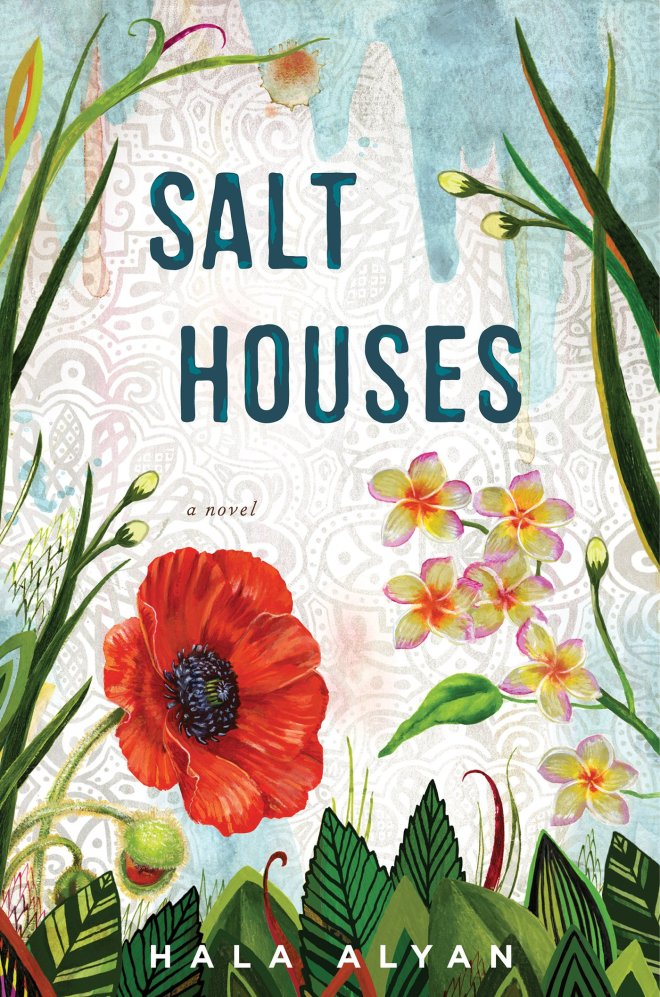 A small part of him which he already recognizes as a lost, former self longs for his mother’s garden, the sound of wind rustling the leaves. He takes a breath, his feet flat against the carpet. His right toe itches.

Despite being a beautifully written novel Salt Houses lacks personality.
We follow different generations of a Palestinian family whom are forced to relocate time and again due to the constant strife that is – sadly – the backdrop in their lives. So while the story has the potential to explore the emotional turmoils of its characters, whom are undoubtedly affected by the various wars taking place around them, they feel flat. They do not differ greatly from one another, their differences feel forced, one child is the ‘wild one’ the other is the ‘studious one’ and so forth, but ultimately they all revealed the same ambivalence: they are constantly unsure and undecided in a way that just made them irritating rather than realistic. They do not convey any sympathetic attributes or qualities, they all seemed, at one point or another, just obnoxious and inexplicably problematic. The relationship they had with one another were unbelievable: they seem to dislike and resent each other so much it is hard to believe that they would care for each other. We are given no proof of the love they profess one another and at the same time, the amnesty and tensions between them reads as completely factitious and unnecessary. Ultimately, the characters sounded so much alike that midway through the novel, in my mind, they sort of merged into one unlikable protagonist: a character who shows little depth and can be described as being completely and utterly fickle. I did not care for them nor their story.
Characters and story aside, Alyan’s prose is alluring. So much so that it nearly makes up for her lacklustre characters and tedious storyline. Alyan’s style combines lyrical allusions with impersonal observations<. Juxtaposing characters feelings with their surroundings, their fears and doubts against the actual present. It would have had even more of an effect on the reader if the characters did not seem so dispassionate – so stale – and whose thoughts and actions verge the border of apathy itself, their remoteness so complete, that Alyan’s consideration lose their momentum.
Ironically, there is a great sense of place in this novel: Alyan manages to bring each city to life, evoking places through incisive descriptions and careful remarks. Smells, colours, seasons, all play a part in making Salt Houses very atmospheric.
Overall, Alyan has all the right ingredients for a great tale, however, she doesn’t seem to invest enough time into making her characters as rich as their background, which consequently makes their stories less appealing. Alyan’s writing professes talent but Salt Houses is, at best, a lukewarm read.