DON’T YOU FORGET ABOUT ME: BOOK REVIEW

Don’t You Forget About Me by Mhairi McFarlane 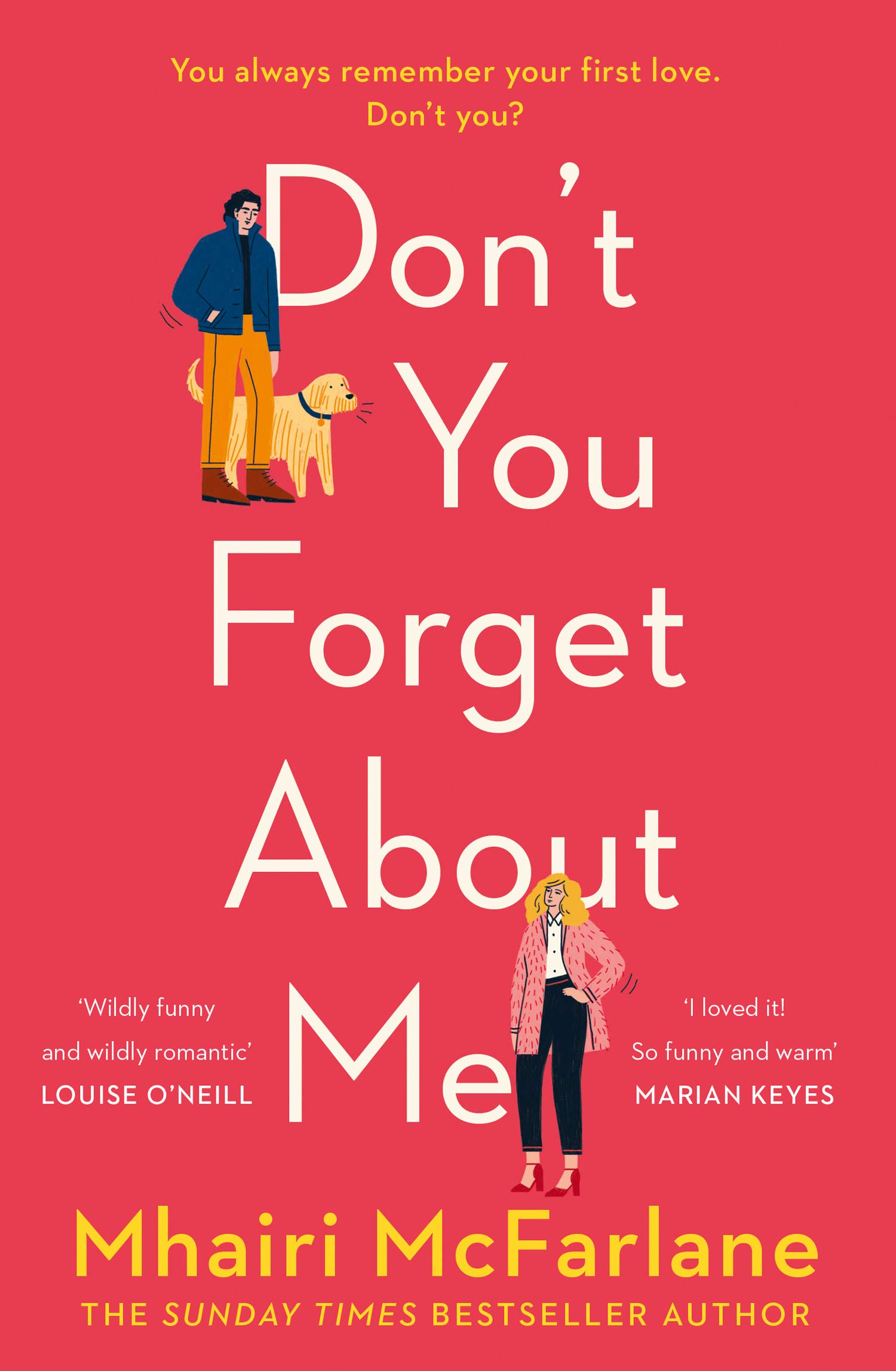 And there it is: ‘that one, she’s crazy,’ the last refuge of the arsehole with any woman who calls him to account.

Don’t You Forget About Me is a rather refreshing ‘chick-lit’ novel. While it does use some well-treaded tropes (eg. ‘second-chance romance’) it avoids being predictable.

Perhaps my problem is, I keep confusing the difference between making jokes, and being the joke.

The story isn’t solely centred on the romance between Georgina and Lucas, and in fact, I would go as far as to say that the romance is on the back-burner, which allows Georgina to have some great character development.
Georgina’s long list of terrible jobs is really relatable. Between the grotty food, the fastidious customers, and inappropriate co-workers, Georgina isn’t exactly working her dream job. Since dropping out of uni she has felt somewhat directionless. While Georgina doesn’t want to disappoint those who love her, mainly her mother and sister, she resists the idea of living a life that does not appeal to her. She knows she wants to ‘do something’ that allows her to write but making ends meet keeps her far too occupied.
After a particularly terrible night – which see her unfairly fired and after catching her boyfriend red-handed, single – things seem to have reached an all time low. Thankfully her brother-in-law knows that the owner of a newly opened pub is looking for people, which is how Georgina ends up meeting Lucas again.
Through her new job Georgina will also have the opportunity to participate in a contest called ‘Share your shame’, and she ends up writing about some of the most ‘shameful’ things that have happened to her, but she also shares them with a crowded pub. Revisiting some of these gives her some much needed insight into her own life.
McFarlane is great at portraying characters who are rather ‘messy’. Georgina is not the only character who needs to alter her behaviour. By seeing her with her family and her friends we understand why she acts in the way she does, and I really admired her for recognising both her own faults and the faults of others.

If you went round saying the stuff parents say to their adult kids, you’d be pegged as a sociopath. Like, just because they had unprotected sex thirty years ago, it doesn’t give them the right.

The story has plenty of laugh out loud moments but maybe there are a little too many references to popular culture (I find it hard to think of readers who would know the obscure actors mentioned by Georgina and her friends). Two of my other small ‘grievances‘ concern Lucas. Don’t get me wrong, he is lovely, but 1) he didn’t sound very Irish. I’m only 1/4 Irish so I am definitely not an expert but he phrased things in the same way as the other British characters. 2) he was too good to be true. Georgina was a lot more nuanced than he was. He seemed to say very unlikely things (eg. “Sorry, I’m mansplaining you to yourself.”).
Overall, I would read this for Georgina rather than ‘the romance’. There are so many unjust and wrong things that happen to her and it makes a nice to see those things being called out and addressed. Hell yeah, she can be angry if she wants to.

There are always those worse off than you. Your problems are not invalid as a result, or needing to be measured against an internationally recognised pain scale before we decide if your condition is severe enough to treat.

While it might be far from perfect, Don’t You Forget About Me is still an incredibly entertaining and empowering novel.