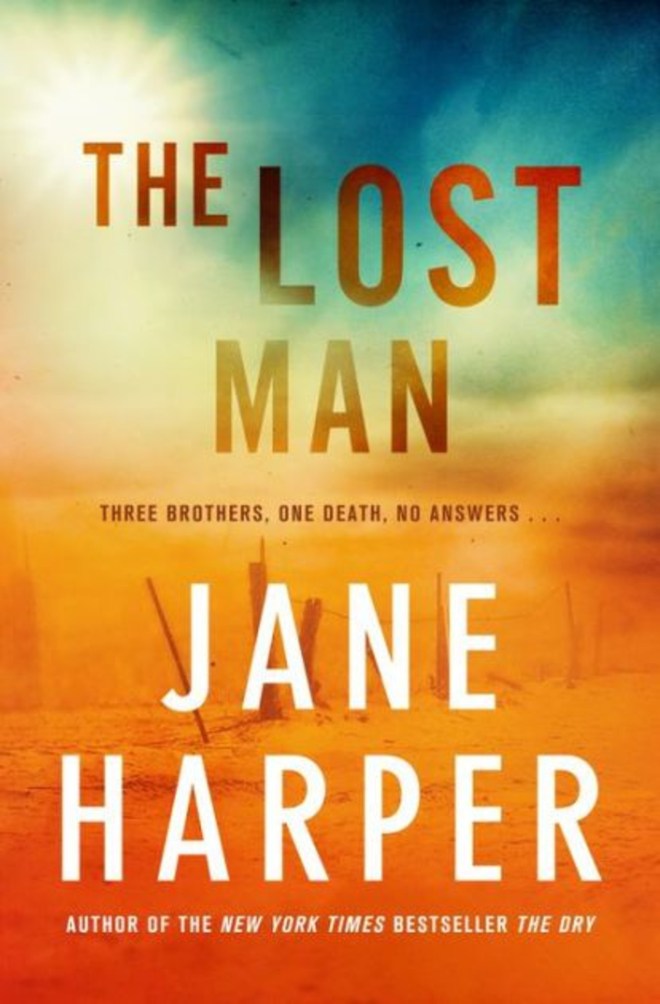 “What happened to him?”
“Usual story out here.” Nathan made himself keep his voice even. “Wandered the wrong way and got lost.”

To call The Lost Man a crime/mystery novel seems somewhat reductive. I guess that at its heart this is a story about a family, but even writing that doesn’t do this novel justice.
From its opening pages until the very last line we are made aware of—what seemed to me—the characters’ surreal surroundings: the sheer scope their land is mind-boggling. Living in the Australian outbacks is a real challenge, even if you were grown&bred there.
Harper gives her setting an almost palpable quality: the red sand, the unforgiving and oppressing heat, the treacherous terrain. All of these elements affect the story, making each scene all the more evocative.

It was the stillness that scared him. They did not see another car or person the whole drive home, Nathan remembered clearly. That wasn’t unusual, but that day he had noticed. There was no-one else around.

I would go as far as to say write that the setting functions as one of the players in the story.
For Nathan survival is hard enough, given the unyielding nature of his land, and his troubled relationship with his former community. After the death of one of his brothers, Nathan finds himself staying in his childhood home. The fraught relationship he has with his remaining family is apparent and the reasons behind his isolation are given to us…eventually. Piece by piece we start to gain the picture of Nathan’s past and of his current circumstances. There isn’t a big and unbelievable twist (hurray!), but rather Harper slowly provides us with the right information at the right time.

Nathan felt an unpleasant sensation creep through him and he had the sudden urge to check over his shoulder. There was nothing there but cattle and stubby grass and the horizon. All was quiet.

Soon enough I found myself almost moved to tears by Nathan’s past and present experiences. His uneasy reconciliation with his actions and behaviours was painfully believable. The other characters are just as nuanced and realistically ambivalent as Nathan. His relationship to his youngest brother, Bub, his son, Xander, and his dead brother’s wife, Ilse, are truly compelling. Kudos to Harper who, unlike other authors, is able to 1) depict abuse without recurring to cliched banalities and attributing this abusive behaviour to cartoonishly villainous characters 2) create believable teenagers and children.

Lo gave him a look that could kill a cow. “Not Santa.” She left the dickhead implied.

There is a perpetual sense of suspense, given by the unknowns in our characters’ past, the outbacks, and the legends surrounding the stockman’s grave.
Nathan, as well as some of the other characters, finds himself wanting to know exactly what made his brother, Cameron, abandon his car and wander to his death. Nathan’s unease is increased by his estrangement from his family (and others in general).

“I’m afraid, all right? That the property, and all this—” he gestured at the void outside the window,—all this bloody outback—is going to get to you”

I could easily go on and on about how fantastic this book is…but I will stop. The less you known, the better.
ps: Jackaroo is my favourite new word.
View all my reviews