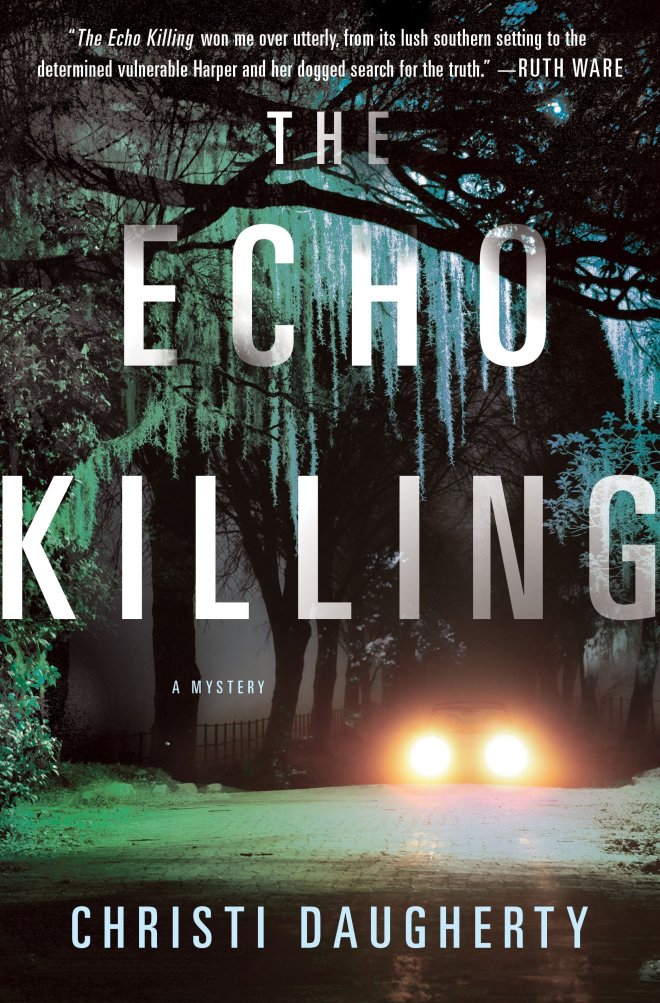 The Echo Killing by Christi Daugherty 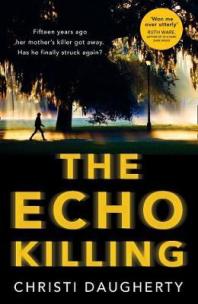 This novel gives a great and detailed description of the routine and logistics of the protagonist’s job as a crime reporter. The various side characters, although somewhat conventional to this type of novel, were well rendered and entertaining. So, why did I end up disliking this book? 1) Harper McClain 2) the needlessly stupid drawn-out plot 3) the romantic subplot

1) Harper McClain
Her drive to solve this ‘murder’ and connect it to her mother’s case is so…mechanical. As a character she just reacts, lacking any individuality. When she ‘reacts’ she usually jumps to conclusions. She thinks she is smart (at one point she says “we’re smart too’…you sure aren’t) and under some sense of ‘entitlement’ she thinks that she can repeatedly break the law and fork-up other’s people careers. The thing is, she doesn’t even feel bad about doing this, she is quick to whine out a sorry like some sort of child but really she is concerned about herself: “she had to let this go. At least for now. Not to save her job. To save her soul”.
The thing is, I could have handled such a self-centred main character if her behaviour hadn’t been excused by the narrative. She has no qualms breaking the law, lying to people, threatening the police’s investigation, lying to her superiors and her colleagues.
Her own ‘investigation’ is so childish. There is this detective she doesn’t like so of-course she becomes obsessed by the idea that he had something to do with this recent murder.
Harper was basically brought up by Lieutenant Smith and knows a lot of the people working at the police station…and yet that doesn’t stop her from ‘tricking’ the people who actually looked after her. If anything she thinks she is above the police because her mother was murdered. Okay…
At the end I just hated how everything she has does is made to seem ‘not that bad’ and ‘for the greater good’. N-O! She just followed whatever hackneyed idea came to her and she gets mad when people react badly to being asked if they had anything to do with this murder. Geez, I don’t know Harper, maybe some people don’t want to be accused of murder?

2)Plot
If Harper was ‘as smart as’ she claims she would have shown a photo of the man she suspected to that one witness. She isn’t afraid of the law, why not just confirm her suspicions rather than base herself on a vague-ish description of the possible murderer. She has already googled this guy, why not just show this person a photo of him? But no. Harper thinks that she can ask for the cctv cameras footage and is ‘surprised’ when she is told she can’t, then she tries to think if the receptionist’s ‘big’ means ‘tall’ or ‘stocky’.
This case could have been solved right then and there but no, better prolong this painful experience.
The killer was a bit predictable. I was hoping for a more original ‘twist’ but alas…

3) Romance
This romance belongs to another type of of novel. It was eye-roll-worthy and cringe-worthy. It had added nothing to the story, if anything it wasted pages and pages on the weakest characters of this book. Here are a few examples of why this ‘romance’ was…a no for me: “’To hell with them,’ he said. Sweeping her into his arms”, “he looked dangerously good.”, “this felt dangerous. And she liked danger.”
This secret romance (she is a reporter, he is an undercover cop) seemed at odds with the rest of the narrative. He was handsome…and that’s it. I can’t even remember his name, that’s how boring he was. And of course, he repeatedly saves Harper. Cause he is just so dashing.