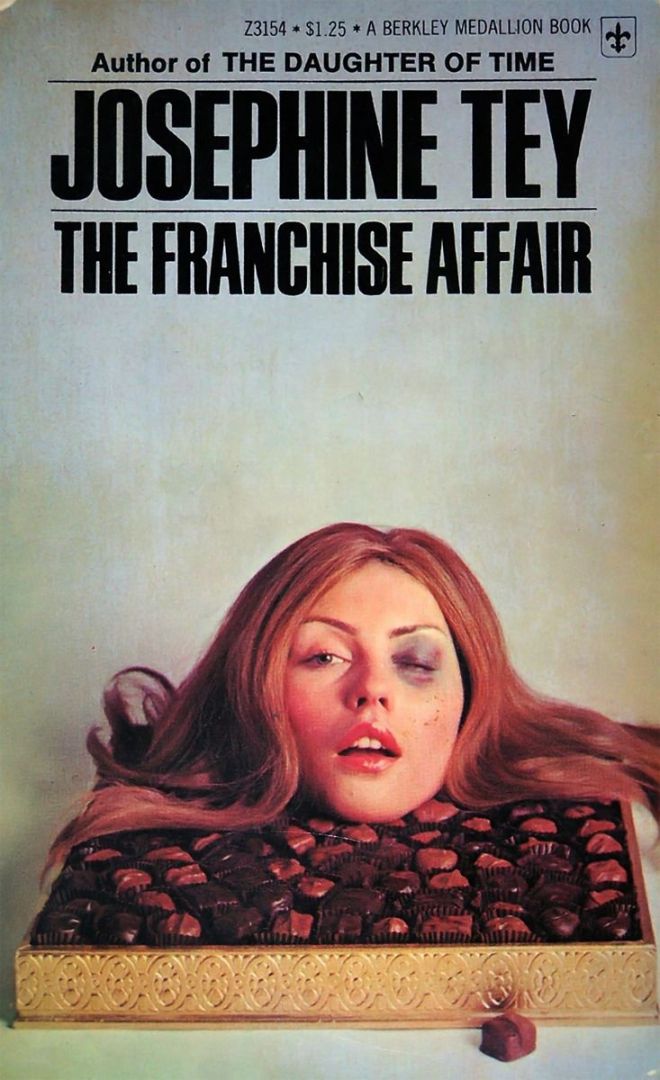 This was an interesting novel. The tension between the various parties (the accused and the accuser/victim) creates a sense of suspense and the mystery itself is less about ‘who is right and who is lying’ and more about what the court will decide.
The Franchise Affair gives its readers a picturesque look into the dynamics of a small town. The gossiping, the divide and resentment that can occur between classes, the type of ‘herd mentality’ that can turn a whole village or town against someone.
Tey’s writing style is easy to read and could often be rather amusing. The large cast of characters were all rendered in in vivid detail. Even if they made a single appearance the way in which the narrative presented them and their way of speaking gave a really clear cut image of that person.
The novel chronicles Robert Blair’s attempt to clear Marion Sharpe—and her mother’s—names. His investigation was very methodical and he made many clever speculations. He is helped by his cousin (who works at the same firm and is a poet) and by a few other people (such as a mechanic) who believe that the Sharpe women are not guilty.
The witty dialogues and sharp social commentary make this more than a ‘mere’ mystery. Although this novel encapsulates the society and conventions of a particular time and place (England in the late 40s) there were many things that made this a rather relatable story; for example, the Sharpe women are made guilty in the eyes of the public thanks to an article on a fairly gossipy paper reminded me of the way in which certain social medias (ahem, twitter) act like judge, jury, and executioner. Thanks to that one piece they became ostracised from their community and fall victim to their increasingly hostile community, guilty before any trial as taken place There was something vaguely Shirley Jackson-ish about this aspect of the story (two women living in a big house, hated by their village, said to be witches, (view spoiler)[said big houses burn down and are vandalised by the villagers (hide spoiler)] ).
Overall, this was an engaging and suspenseful story, and I will certainly pick another novel by Tey.