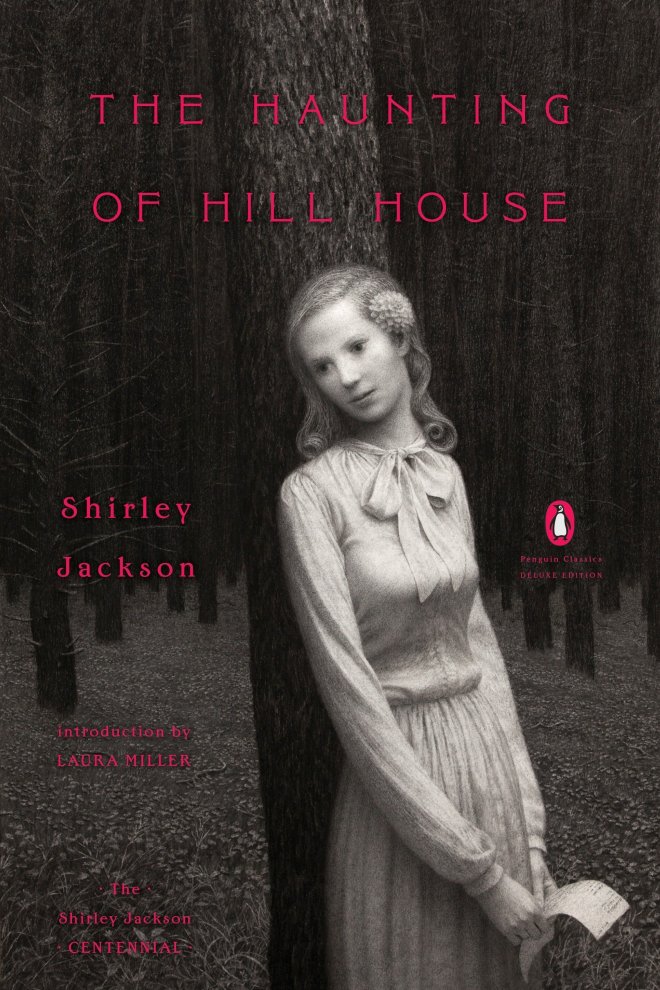 The Haunting of Hill House by Shirley Jackson — book review

“They can’t turn me out or shut me out or laugh at me or hide from me; I won’t go, and Hill House belongs to me.”

The first time I read The Haunting of Hill House I felt confused and vaguely underwhelmed. Having loved We Have Always Lived in the Castle, I was expecting a similar reading experience…but although The Haunting of Hill House has many of Jackosn’s trademarks (an alienated young woman, a creepy ambience, a house that acts as a character, doubles, a sense of surreality) the narrative was even more confounding than her usual. A third re-read of this novel has allowed me to appreciate the story and its characters much more than I did on my first read.
Jackson has that unique vision that makes her stories immediately recognisable. Her idiosyncratic style is not for everyone and many readers that have watched the Netflix adaptation of this novel will find themselves thrown into a bizarre Tim Burton-ish sort of story that is unlike the tv series.
Still, while this might not be Jackson’s most ‘accessible’ novel it is now widely regarded as one of the greatest haunted-house story ever-written.
Yet, while the haunting—aka the supernatural element—is what this novel is known for, there are many other aspects that make this novel so unnerving. What Eleanor Vance experiences in Hill House is not solely a result of the house’s paranormal activity, and her character both adheres to and transcends the mould of the ‘passive’ Gothic heroine. The “hauntedness” we read of, is not in the actual house but in Eleanor herself.
As soon as we are introduced to her we learn of her unhappy and uneventful existence. Having spent ten year as her mother’s sole caretaker, frozen in a life of servitude, and locked in a relationship ‘built up devotedly around small guilts […] constant weariness, and unending despair’ (25), Eleanor has grown into an emotionally stunted adult. Throughout the course of the novel Jackson depicts the way in which Eleanor’s mind is triggered by the matriarchal presence of Hill House and, ‘haunted’ by her traumatic childhood and her troubled relationship with her mother, she slowly descends into childishness. Her behaviour, and her rejection of adult life, might seem ‘weird’ and sudden but if we pay attention we can see that Jackson early on introduces us to certain images and words that allude to much of what happens to Eleanor in Hill House.
In this novel, Jackson’s interpretation of novels of formation is even more subversive than in Hangsaman, to the extent that Eleanor’s story arc is that of an anti-Bildungsroman sees her absorbed into Hill House.
Jackson’s writing itself is as unique as always. She has that rhythm, that perfect symmetry, that makes many of her paragraphs into tiny masterpieces. And, of course, there is her humour which might often makes her characters seem to be somewhat hysterical. Yet, since everything has this surreal quality, the weirdness of the characters and their world makes sense.
In spite of its moments of humour, and of the many amusing scenes contained in this novel, reading again made me more aware of the anxiety and depression felt by Eleanor…so yes, this novel is not an easy read, yet it has so many interesting layers and quirks that I fully recommend it (especially to established Jackson fans). We see the few options left to someone who has never had the chance to enter the adult world, form adult relationships…Eleanor dreams and daydreams are filled with a yearning to belong…which ultimately leads to her dissolution.

edit: i’ve read this 4 times and wow. Tis’ an unnerving read. Jackson’s prose is magnificent and the foreshadowing so terribly clever.