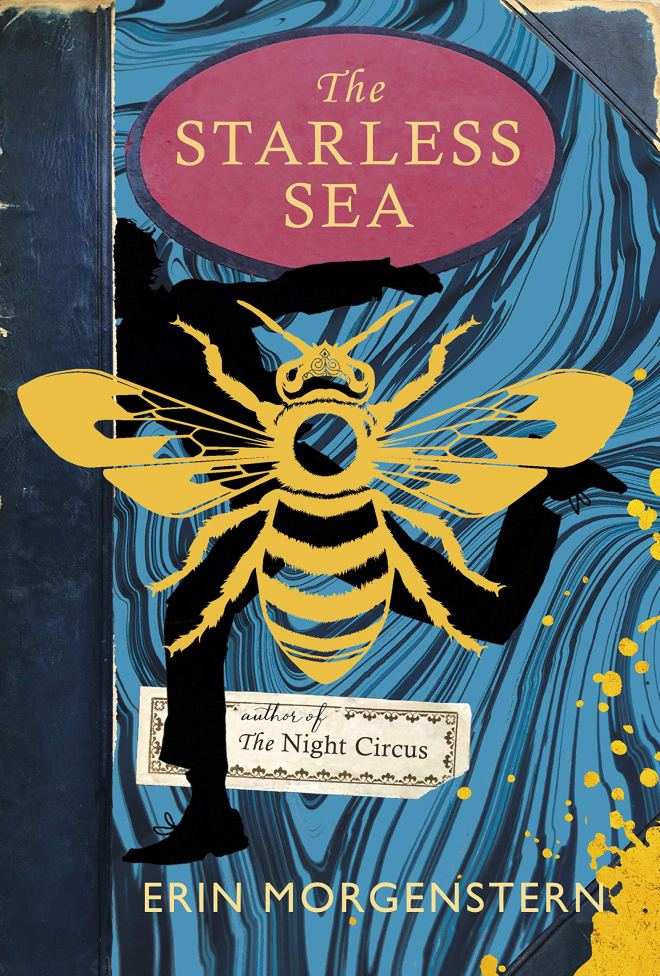 “A boy at the beginning of a story has no way of knowing that the story has begun.”

This is the type of book that readers will either love or hater. Its playful style and recursive storytelling are definitely not for everyone. Within the first pages readers will realise whether they find this type of elusive narrative to be inviting or off-putting. Thankfully, in my case, I was perfectly happy to suspend my disbelief.

To me, The Starless Sea was not only a fun and entertaining read but one that wonderfully managed to pay homage to various forms of storytelling, often by incorporating and subverting established tropes and elements of the fantasy genre.
Heavily inspired by fairy tales, myths, and—surprise surprise—video games, The Starless Sea takes its readers into a metatextual romp filled with books, stories-within-stories, and magic.

“These doors will sing. Silent siren songs for those who seek what lies behind them.
For those who feel homesick for a place they’ve never been to.
Those who seek even if they do not know what (or where) it is that they are seeking.”

This fantastical adventure has many beginnings, the most notable being perhaps the one in which Zachary Ezra Rawlins, arguably the novel’s ‘true’ protagonist, comes across an odd book titled Sweet Sorrows. Zachary soon discovers that, not only is the book missing from the library’s catalogue, but that internet searches regarding it come up blank. Curiouser and curiouser still, Zachary believes that one of the chapters in Sweet Sorrows is about him.

“He had thought there could be no stranger feeling than stumbling across a book that narrates a long-ago incident from his own life that was never relayed to anyone, never spoken about or written down but nevertheless is unfolding in typeset prose, but he was wrong.”

Soon Zachary finds himself leaving the safety of his college life behind him in order to discover more about Sweet Sorrows. Secret organisations, book burnings, subterranean libraries, magical doors, pirates, men lost in time, mysterious entities, and many other-worldly things fill Zachary’s epic quest. Interspersed throughout his narrative arethe wondrous books he comes across, and the stories and characters within these books may be more real than not.

“Zachary takes out the book. He turns it over in his hands and then puts it down on his desk. It doesn’t look like anything special, like it contains an entire world, though the same could be said of any book.”

In many ways this novel struck me as a love letter to bibliophiles. Those who dream of walking into a wardrobe and finding themselves transported into a marvellous land or of falling down a rabbit hole and into Wonderland. There are many interconnected mysteries, some more slippery than others. In many ways Zachary’s quest echoes the classic hero’s journey. There is a call to adventure, supernatural aids, romance, transformations, revelations, and returns. Time and again Zachary finds himself having to solve puzzles in order to pull apart the mystery of a bee, a key, and a sword.

“Slowly they attempt to sort through a thousand questions. For every connection they make between one book and another there are more that don’t fit. Some stories seem completely separate and distant and others feel explicitly connected to the story they have found themselves in together now.”

As much as I loved Zachary and his adventure, I do think that certain elements within this novel could have been made more clear. I’m all for ambiguity and suspense but there were quite a few scenes that seemed unnecessarily cryptic. Yes, enigmatic statements and puzzling riddles sound cool enough…maybe less so when there are so many.
While I enjoyed the novel’s story-within-story structure, I think that a greater focus on Zachary’s narrative would have strengthened some of the character dynamics (especially with the main two other characters, Dorian and Mirabel). Towards the end of the book we suddenly get snippets from a character that up to that point had remained rather on the outskirts…and I didn’t really much care for those sections (if anything they interrupted the momentum of Zachary’s quest).

Erin Morgenstern’s writing style is brimming with wonderful descriptions and possesses a very strong storyteller quality. For example, the beginning of her chapters seem to have been worded in a way that echoes the openings of fairy-tales. The lovely rhythm of her prose is entrancing and extremely readable. It may appear simple but it provides us with some vibrant scenes. Not only do the locations and clothes within this novel create a beautiful aesthetic but they often carry intertextual references.
The Starless Sea is a modern and self-aware take on some well-worn and well-loved tales, one that I recommend to fans of Neil Gaiman, V.E. Schwab, Maggie Stiefvater, and Catherynne M. Valente. It may not have moved me as much as The Night Circus but I nevertheless enjoyed reading it. I was pretty excited when the narrative mentioned some of my favourite authors (Donna Tartt, Sarah Waters, and Shirley Jackson) and when it referred to some of my favourite childhood stories.

Given how much I liked Zachary, I would happily read this novel again. And perhaps a second reading will make me love and understand the various stories even more.

“Zachary recalls innumerable fairy-tale warnings against eating or drinking in underworlds and at the same time realizes he is incredibly thirsty.
He suspects this is the only way forward.”