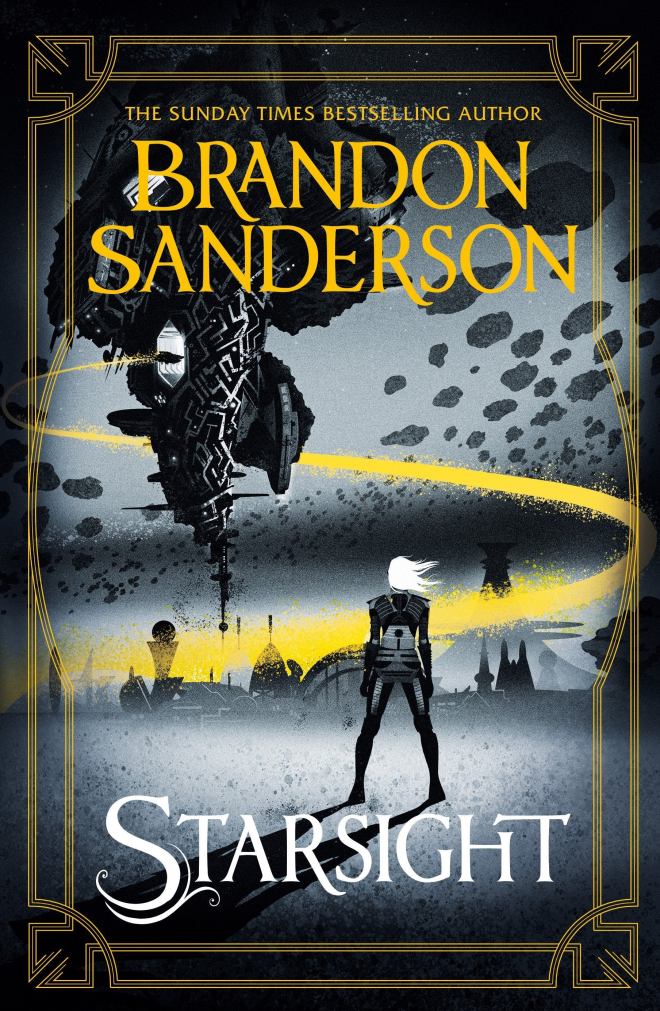 Starsight takes this series in an unexpected direction. This instalment is perhaps even more action-driven than Skyward: from the opening chapters to its explosive finale, Starsight is full of spectacular fight scenes.
Whereas Skyward had a narrower scope, Starsight presents us with a far more complex story in which the stakes are higher then ever. Brandon Sanderson’s intricate world-building is populated by many interesting, and richly rendered, alien species. Sanderson’s aliens very much reminded me of Becky Chambers’ ones in Wayfarers, or even Mass Effect, in that we are given a lot of information regarding the way the look, behave, express themselves, reproduce themselves, communicate with others, their role in their society.
Spensa is as hot-tempered as ever, and once again finds herself getting into trouble thanks to her ‘act first, think later’ attitude. While in Skyward Spensa struggled with notions of ‘cowardice’, in this volume she doesn’t really have a lot of spare time to herself. She’s still unsure of her cytonic powers and of what they make her.
In many ways this is a military soap-opera. Spensa finds herself engaged in numerous battles.
This being a novel by Sanderson, there is quite a lot of humour. M-Bot is as hilarious as ever.
While I recognise that Skyward‘s plot was much more ‘simple’, part of me preferred that. At times Starsight was repetitive and confusing. Also, I just missed a lot of the characters from Skyward.
All in all this was an interesting sequel and I look forward to discovering where Sanderson takes this series next.