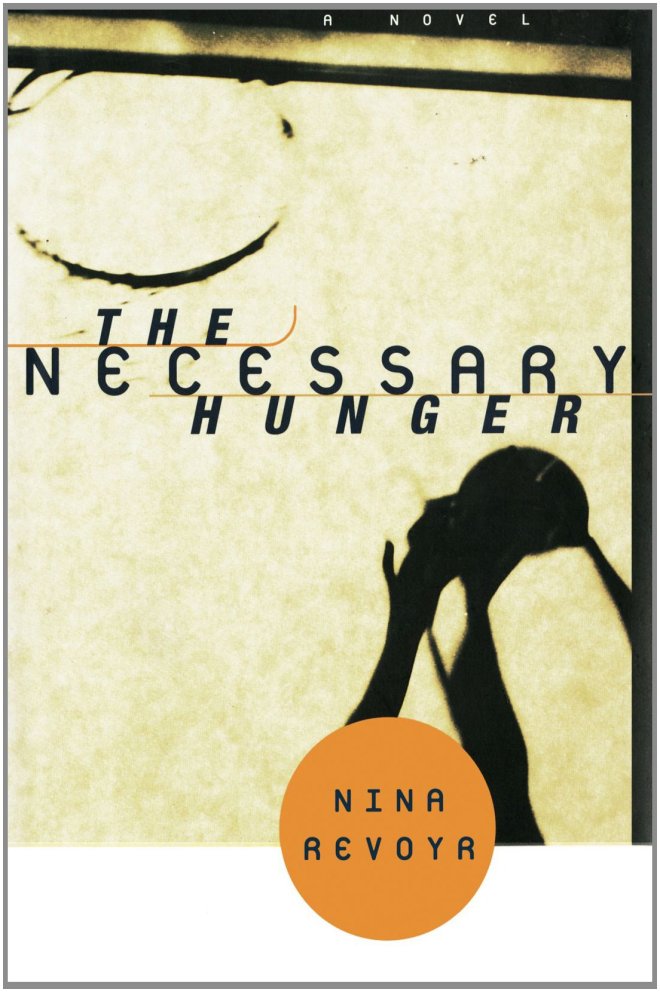 The Necessary Hunger, Nina Revoyr’s debut novel first published in 1997, had the potential of being a great YA book. In many ways this novel was ahead of its times. Set in Inglewood, L. A., in the late 1980s The Necessary Hunger is narrated by seventeen-year-old Nancy Takahiro, a Japanese-American all-star high school basketball player. Nancy, who is a lesbian, falls hard for Raina Webber, an African-American all-star guard from a competing school. Raina, who is also a lesbian, is in a relationship with an older girl.
When Raina’s mother and Nancy’s father get together, things get a bit complicated. Nancy, who isn’t used to sharing her home with anyone other than her father, has to get used to the presence of two other people. Her massive crush on Raina further complicates matters.

There were aspects of this novel that I really liked such as Revoyr’s approach to sexuality and race. There are quite a few gay characters, and their sexuality is never made into a big deal. While stories about coming out and/or exploring your sexuality are certainly important, it was refreshing to read a storyline that casually revolves around gay teens. Nancy’s sexuality is never made into an ‘issue’.
The novel also has a great sense of time and place. Revoyr’s Inglewood is vividly rendered. From the graffitis decorating some of the more run down buildings, to the ever-present threat of danger (government neglect results in gang violence, drive-bys, carjackings, burglaries). Acquaintances of Nancy drop out school, get into drugs, go to prison. Life isn’t easy. A sense of solidarity unites Inglewood’s various residents and both Nancy and her father navigate Inglewood with ease. When Raina and her mother move into their house tension arise. Inglewood informs Revoyr’s discussions about class hierarchies and social / race relations (particularly interracial relationships).

Sadly, readers merely ‘overhear’ these more interesting conversations. Nancy is a snoop, and she will often sneakily listen to other people’s conversations. For all her navel-gazing Nancy’s character lacked interiority. She’s defined by her love for basketball and her obsessive feelings for Raina. Although other characters aren’t distinctly three-dimensional, they at least had a semblance of personality. Nancy was a not very profound bore. The narrative tries to emphasise that she’s looking back to these events, by making her reflect on ‘what-ifs’ or the significance of a certain moment, but this technique added little to the narrative.
While I knew that this would be a novel about basketball, I wasn’t expecting pages and pages of basketball games. Perhaps if I had been more interested in the characters or if I had felt that these game had some sort of stake…but readers know from the beginning that unlike her teammates Nancy will have plenty of college offers. Raina is often reduced to the role of ‘object of desire’. Nancy’s feelings for Raina never struck me as genuine. It seemed a classic case of ‘physical attraction + jealousy/awe’.
At times the writing seemed quite dated (for example Nancy uses the word ‘schizophrenic’ to describe her room’s decor).
Nothing remarkable happens. Nancy is often a mere observer in the novel’s more compelling moments. A lot of the narrative is dedicate to Nancy’s ‘yearning’ for Raina….and the ending was incredibly underwhelming. What was all that for?
All in all The Necessary Hunger strikes me as a rather mediocre piece of fiction. It had the potential to be a really thought-provoking read but it just felt flat to me. There were also so many cheesy lines that were probably meant to be taken seriously.