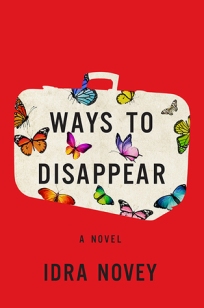 Ways to Disappear tries hard to evoke the absurd and surreal atmosphere that is often associated with Latin American magical realism, the end result makes for a rather dismal homage. The lack of quotations marks and the inclusion of word definitions hardly make Ways to Disappear innovative. A nondescript American translator flies to Brazil after Beatriz Yagoda, a ‘brilliant’ writer, disappears having been last spotted climbing into a tree. The translator’s relationship to Beatriz is opaque at best. Their relationship was clearly no ordinary author/translator relationship but I never got an impression that Emma (aka the American) was concerned for Beatriz. She wants a reason to leave her unmemorable fiancée. In Brazil ruffles the feathers of Beatriz’s daughter (who quite rightfully wonders why Emma has inserted herself in her mother’s life) and predictably ends up entangled with the author’s ‘sexy’ son (his one defining quality is that he is ‘smooth’, a ‘lover’….which is kind of stereotypical). The plot goes nowhere, the characters fight amongst themselves, and make skin-deep realisations.
The only redeeming quality of this novel is its short length. Other than that…it offers little (if anything): the characters are unfunny caricatures, Brazil is simplistically painted as being hot and corrupt, and the story, if we can call it such, was a combination of meaningless and slapdash.