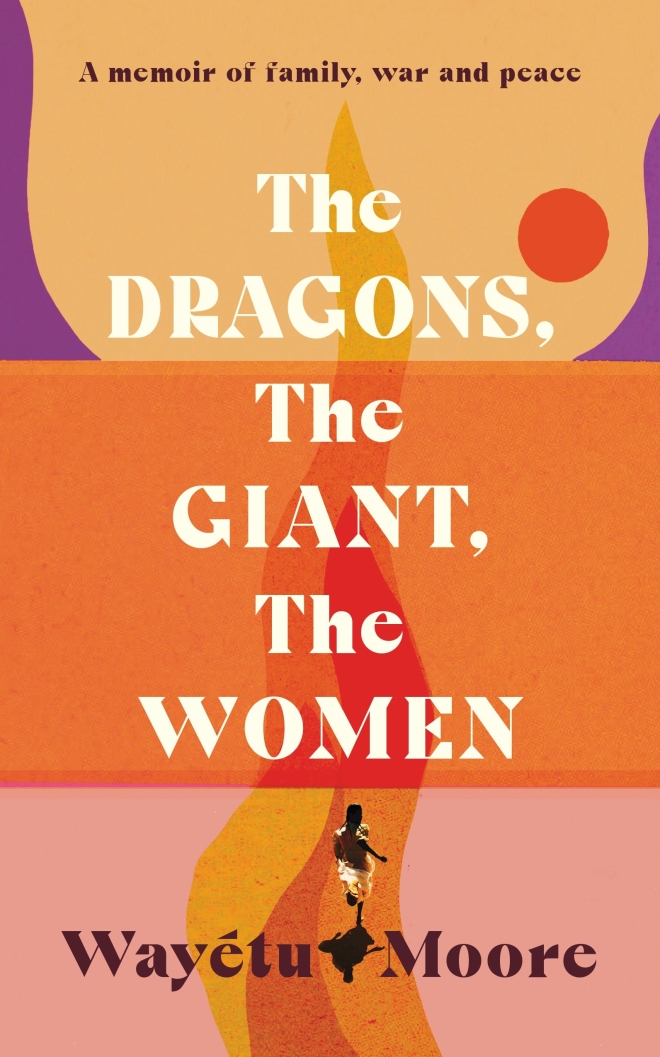 The Dragons, the Giant, the Women: A Memoir by Wayétu Moore 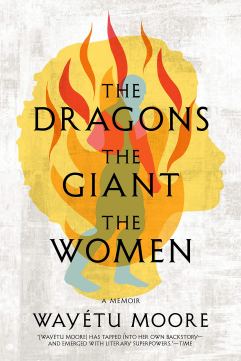 The Dragons, the Giant, the Women is a deeply heartfelt and lyrical memoir. Wayétu Moore’s luminous prose conveys the horrors of the First Liberian Civil War through the uncomprehending eyes of a child. At the age five Moore ‘s existence is irrevocably altered. Her family is forced to flee their home in Monrovia. Her father tries to shield his daughters from the violence and death they encounter on the road to ‘safety’ (for example he tells them that the sound they keep hearing—gunfire—is made by drums, or that the dead people on the ground are ‘sleeping’).
While Moore doesn’t shy away from the bloodshed caused by this civil war, she renders these events as she experienced them, when she was not fully aware of what was truly happening. She weaves a fairy-tale of sorts, with dragons (those who played a prominent role in the civil war), a giant (her father, her protector), and the women (her mother, a young rebel girl) whose acts of bravery ensured the safety of Moore and her sisters. I was moved by the way in which Moore’s family stayed united as their world crumbled.
After Moore’s mother (who had been studying in New York and therefore was cut off from her husband and children after the war broke out) finds a rebel soldier who could smuggle them across the border to Sierra Leone, the Moore family move to America.
In recounting her childhood Moore details the way in which she was made fully aware of her status of ‘outsider’ in America. Racism, colourism, a sense of disconnect towards a culture that treats you as other, all of these things make Moore feel like she doesn’t belong. What she witnessed as a child too, haunts her. In search for answers she flies back to Liberia. The narrative shifts then to her mother’s perspective and Moore perfectly captures a mother’s voice.
The Dragons, the Giant, the Women details Moore’s painful and unresolved past. Yet, however sobering her story is, readers are bound to be dazzled by the lore that shapes her tale.
Moore navigates the aftermath of Liberia’s civil war, her family’s migration to the U.S., her own relationship towards Liberia and her sense of displacement. This is a beautifully written and powerful story, one that recounts a family’s arduous journey to safety, the separation and losses they experience, and the love and courage that brings them back together.
LitHub has recently published an interview with Wayétu Moore in which she discusses this memoir: Wayétu Moore on What It Means to Tell “Our Story”.