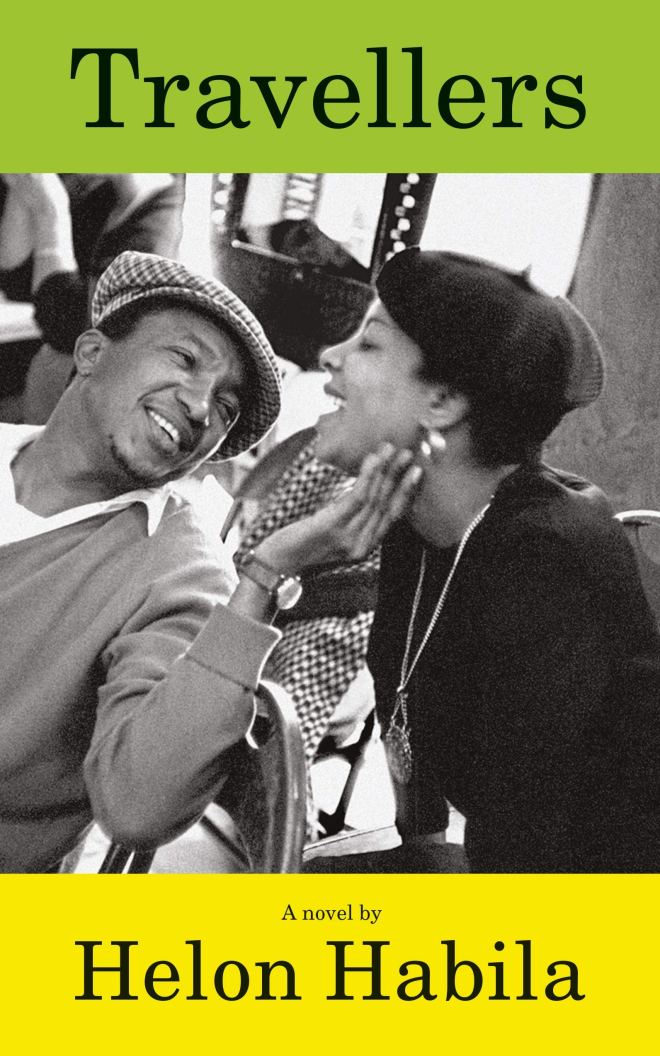 “Are you traveling in Europe?” he asked. I caught the odd phrasing. Of course I was traveling in Europe, but I understood he meant something else; he wanted to know the nature of my relationship to Europe, if I was passing through or if I had a more permanent and legal claim to Europe. A black person’s relationship with Europe would always need qualification—he or she couldn’t simply be native European, there had to be an origin explanation.

Helon Habila’s Travellers is a searing and heart-wrenching novel that recounts the stories of those who are forced to, or choose to, migrate to Europe. Readers learn of how their lives have been disrupted by conflict, war strife, war, persecution, and famine. They embark on dangerous journeys, alone or with their loved ones, only to end up in countries which will deem them criminals, illegal, and aliens.

“As far as they were concerned, all of Africa was one huge Gulag archipelago, and every African poet or writer living outside Africa has to be in exile from dictatorship.”

Travellers can be read a series of interconnected stories. One of the novel’s main characters is nameless Nigerian graduate student who follows Gina, his wife, to Berlin where she has been granted an arts fellowship. Here Gina works on the ‘Travelers’, a series of portraits of “real migrants” whom she pays fifty euros a session. Gina shows little interests in those who sit for her, seeming more focused on displaying the pain etched on their faces (turning down those whose faces seem too “smooth” or untouched by tragedy). In spite of her self-interest and hypocrisy, Habila never condemns her actions. Our nameless protagonist however becomes close to Mark, a film student whose visa has just expired, who goes to protests and believes that “the point of art” is to resist. We then read of a Libyan doctor who is now working as a bouncer in Berlin, a Somalian shopkeeper who alongside his son was detained in a prison reserved for refugees in Bulgaria, a young woman from Lusaka who meets for the first time her brother’s wife, an Italian man who volunteers at a refugee center, and of a Nigerian asylum seeker who is being persecuted by British nativists. Their stories are interconnected, and Habila seamlessly moves switches from character to character. He renders their experiences with clarity and empathy, allowing each voice the chance to tell their story on their own terms. Habila shows the huge impact that their different statuses have (whether they are migrants, immigrants, refugees, or asylum seekers) and of the xenophobia, racism, and violence they face in the West. Habila never shies away from delving into the horrifying realities faced by ‘travellers’. Yet, each story contains a moment of hope, connection, and of humanity.
Habila writes beautifully. From Germany to Italy he breathes life in the places he writes of. Although we view them through the eyes of ‘outsiders’, Habila’s vivid descriptions and striking imagery convey the atmosphere, landscape, and culture of each country.
Habila also uses plenty of adroit literary references, many of which perfectly convey a particular moment or a character’s state of mind.
Travellers is as illuminating as it is devastating. Habila presents his readers with a chorus of voices. In spite of their differences in age and gender, they are all trying to survive. They are faced with hostile environments, labelled as ‘aliens’, dehumanised, detained, and persecuted. They have to adjust to another culture and a new language. Yet, as Habila so lucidly illustrates, they have no other choice.
Haunting, urgent, and ultimately life-affirming, Travellers is a must read, one that gripped from the first page until the very last one.
If you’ve read the news lately you will know that the current pandemic is having devastating consequences for migrants and refugees (here is a article published a few days ago: ‘Taking Hard Line, Greece Turns Back Migrants by Abandoning Them’). I know that we are not all in the position to donate but I would still urge you to learn how to support local charities (here are two UK-based charities: ‘The Joint Council for the Welfare of Immigrants’ and ‘Migrant Help’. A few days ago I listened with disbelief and disgust as a man on the radio said that allowing the children of immigrants and refugees into British school would somehow be detrimental to the education of ‘genuine children’. Maybe that person wouldn’t have said such an ignorant thing if he had read this book.