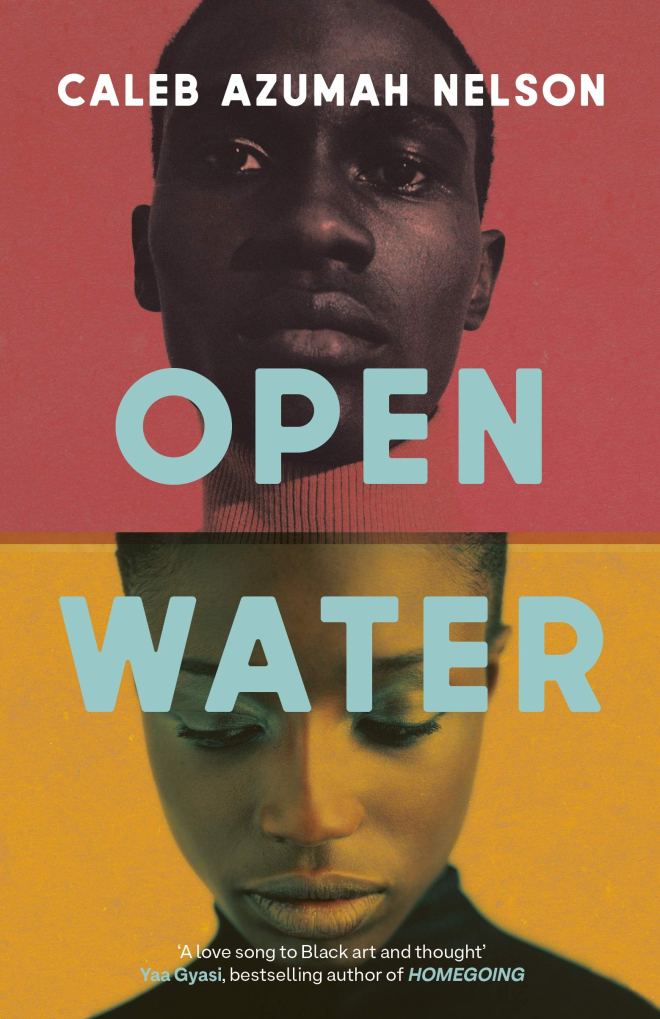 “Your eyes meet in the silence. The gaze requires no words at all. It is an honest meeting.”

Open Water is an exceedingly lyrical debut. The story, narrated through a second-person perspective (ie ‘you’) is centred on the relationship between two Black British artists (he is a photographer, she is a dancer). Although their relationship is portrayed through a linear timeline, the narrative lingers only on some key scenes/periods between this will-they-won’t-they couple. From their first meeting the photographer (‘you’) is struck by the dancer who at time is going out with a friend of his. The two become friends but their closeness is complicated by their more than platonic feeling for each other.
Caleb Azumah Nelson renders with poignancy their bond. I loved the way he articulates his main character’s vulnerabilities and the role that language itself plays in his narrative. To articulate one’s feelings, desires, and fears is no easy feat. Language, as the author reminds us time and again, fails us. There is an emphasis on this, that is on the difficulty of articulating your thoughts or truths. ‘You’ seems in a perpetual struggle with himself. He’s in love with the dancer but there are things that keep him from expressing himself to her. The narrative also touches upon on the idea of being ‘seen but not seen’. The photographer, a young Black man in London, has experienced time and again the scrutiny of the white gaze. It is because he is viewed as a danger and a threat that he remains in fact unseen. So, when the dancer sees him, as in truly sees him, he feels understood like never before. But it is this bond that complicates their love story.

At times the story resembled a series of snapshots or impressions: these had a moody often cinematic-feel to them that resulted in some great atmosphere (I can definitely see this being adapted to the screen). Nelson’s prose brims with lyricism. With staccato-like sentences he captures those ephemeral feelings which are often so hard to express or pin down. His poetic writing style lends beautifully to the themes he goes on to explore (young love, masculinity and vulnerability, race, creativity).
What didn’t quite work for me was the 2nd pov. I’m just not the biggest fan of this perspective. I also had a hard time familiarising myself with our main characters. Their personalities felt almost lost in the midst of the author’s lyrical language.
Open Water nonetheless struck me as a confident and deeply felt debut.