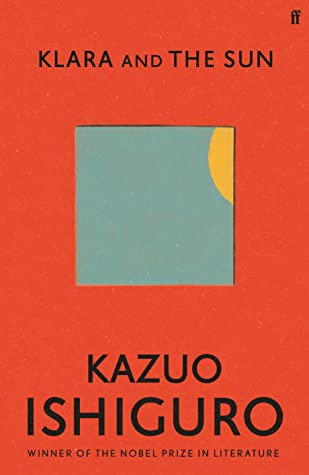 Klara and the Sun by Kazuo Ishiguro

Klara and the Sun presents its readers with a quiet yet touching meditation on life. In a similar fashion as Never Let Me Go Kazuo Ishiguro’s foray into the speculative realm is deeply grounded in the mundane. Yet, in spite of its ordinary trappings, Klara and the Sun is a work that is brimming with ambiguities. Ishiguro excels at this type of narrative, ones in which ordinary scenes and interactions are interrupted by moments of unquiet. The near future of Klara and the Sun comes to us slowly, and even in the end, much of it remains unknown to us.
Our narrator Klara, an Artificial Friend, an android whose primary function is that of providing companionship to children. From the confines of her store, Klara has but a limited view of the outside world. Through the store window, she watches passersby, taking notice of their behaviors, appearances, the emotions they seem to manifest. Klara reveres the Sun, which every day provides her with ‘nourishment’.

Klara is purchased as an AF for Josie, a girl afflicted by an unnamed illness. In her new home, Klara learns more about people and their incongruities. Klara’s purpose is to be there for Josie, but, even she cannot seem to be of any help when it comes to Josie’s illness. Josie, who lives with her mother (who Klara refers to as ‘the mother’) and their somewhat brusque housekeeper (‘Melania housekeeper’). As time goes by, through Klara, we learn more about this near future. There are communities of post-employed, there are lifted and unlifted children, and both Josie and ‘the mother’ seem to have mysterious ‘plans’ up their sleeves.

Klara’s child-like narration belies her unsettling reality. From the way children treat their companions, to the lengths parents will go to provide their children with the best chance at succeeding in life, the world Klara witnesses is far from reassuring.
In spite of its domestic setting, which takes us from the kitchen to the living room, and with the occasional foray into the outside, Ishiguro explores questions of love, freedom, and memory. And, of course, humanity. What makes us human? What makes me, me?

Ishiguro provides no easy answers or solutions, depicting instead the different ways Klara and those around react to the same worries and fears. Klara is often a witness to crucial exchanges. Yet, her passive role does not mean that she is unable to understand a certain situation/conversation or the motivations and emotions of those involved.
The simplicity, one could even say purity, of her voice might annoy some readers, especially those who are looking for more complex or ambivalent narrators. Still, I grew quite fond of her, and there were many instances in which she struck me as more human than the actual humans.
One thing that I am unsure of is why Klara—who usually does not describe the physical appearance of others—noticed, in two different instances, that one of the people in her vicinity was Black. As far as I can remember, she does not comment on anyone else’s race or ethnicity (we learn that Melania is European through her accented English and another mother making a comment about European housekeepers). Klara guesses Josie’s friend’s accent but only after talking to him. So why would an android who usually does not describe those around her as white or would notice that someone is Black? Was this Ishiguro pointing to this:
<a is="" href="https://www.theguardian.com/inequality/2017/aug/08/rise-of-the-racist-robots-how-ai-is-learning-all-our-worst-impulses
? Or that Klara was designed after a white person or to have a white person’s perspective? Otherwise it just seems odd.

There were also certain plot points that felt a bit too neat, especially towards the end. And while I am always appreciative of Ishiguro’s prose, of his ability to capture ephemeral emotions and thoughts, of the ambiguous nature of his stories, I found myself wishing for more. Josie, alongside her mother and neighbors, never earned their way into my heart. That is to say, I felt at a distance from them. The tension between them was certainly palpable and well rendered but, ultimately, I found them somewhat dull.
Although I wasn’t blown away by this novel I did overall enjoy it. Klara is the novel’s star, and I found her to be a deeply compelling protagonist who challenged my notions of ‘human’.
Readers who prefer faster-paced narratives may want to give this one a large berth but if you were a fan of Never Let Me Go you might find this to be just as gripping (I, for one, finished in less than 24 hours).

re-read: ishiguro’s surreal realism is lulling indeed. some of the dialogues may sound slightly off but, given the dystopianesque setting, i didn’t particularly mind. josie was annoying as fck, and i get that she’s sick however that doesn’t entirely exonerate her from her shtty behaviour. melania teetered on being rather stereotypical, and i am a bit tired of british/american authors (or authors who write in english) who throw into their story mix a character, often in the form of a brusque older woman, from an unspecified ‘eastern european’ country as a source of humor because their english is (supposedly) ‘funny’ and their un-english ways are (supposedly) just as ‘funny’.
this aside, i still found this to be a thought-provoking read that gives way to questions about human nature, freedom, and altruism. ishiguro also incorporates many discussions and scenarios about the difficulties of parenting and of being parented (with the children having often no choice in decisions that will affect them for the rest of their lives, or being kept in the dark about matters that directly concern them).