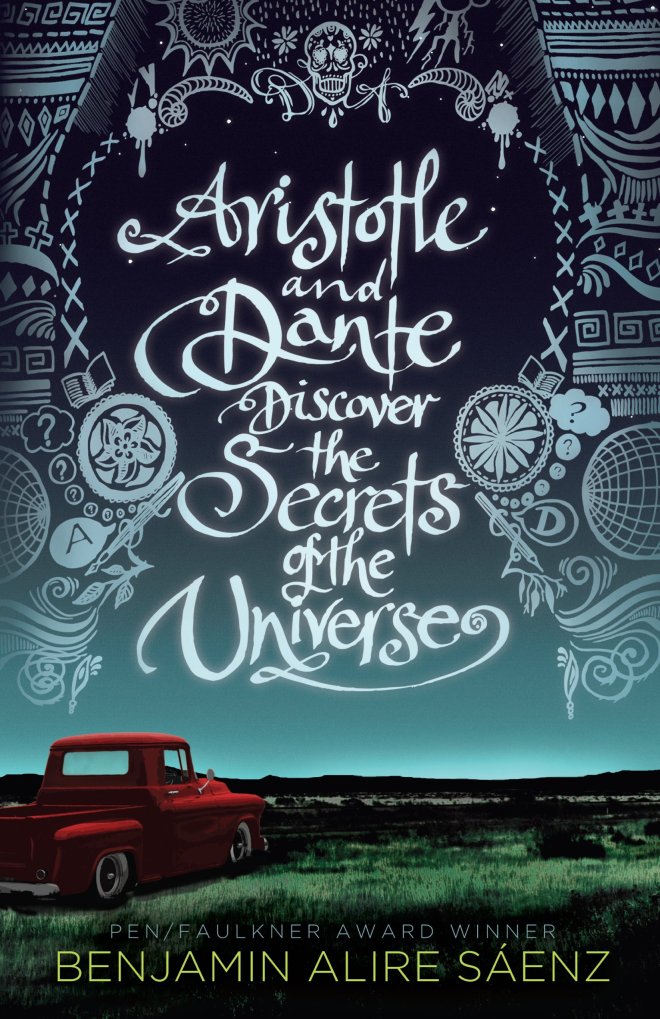 “To be careful with people and with words was a rare and beautiful thing.”

The first time I read this novel was back in 2013 and in the years since I have come to regard Benjamin Alire Sáenz as one of my favourite authors. His deceptively simple style captures with clarity the thoughts and feelings of his protagonists, and he always demonstrates great empathy towards his characters and their struggles.
Set in El Paso during the late 1980s Aristotle and Dante Discover the Secrets of the Universe is narrated by Aristotle, a fifteen-year-old Mexican-American boy who tries his hardest to be ‘unknowable’. Aristotle is angry at his parents who refuse to speak about his older brother who is in prison. Yet, in spite of his anger, he also wishes that he could be closer to them, his father in particular. During the summer holidays, he meets Dante Quintana at the local pool and the two become fast friends. Dante teaches him how to swim and the two begin to spend most of their free time together. What follows is an uplifting coming-of-age story, one that focuses on friendship, loneliness, and father/son bonds. Aristotle’ struggles, to understand himself, his parents, Dante, are rendered with incredible tenderness and understanding. Aristotle, who finds it difficult to articulate his feelings, works hard to hide his vulnerabilities from others and often does so by adopting behaviours he deems to be masculine. I loved the discussions around the boys’ identities (not feeling Mexican or American enough) and their sexualities.
Anyway, this book has a special place in my heart and I’m so happy that we will be reunited with Aristotle and Dante in Aristotle and Dante Dive into the Waters of the World! If you are a fan of this novel I would definitely recommend you check out more of Sáenz ‘s books (such as Last Night I Sang to the Monster and In Perfect Light).