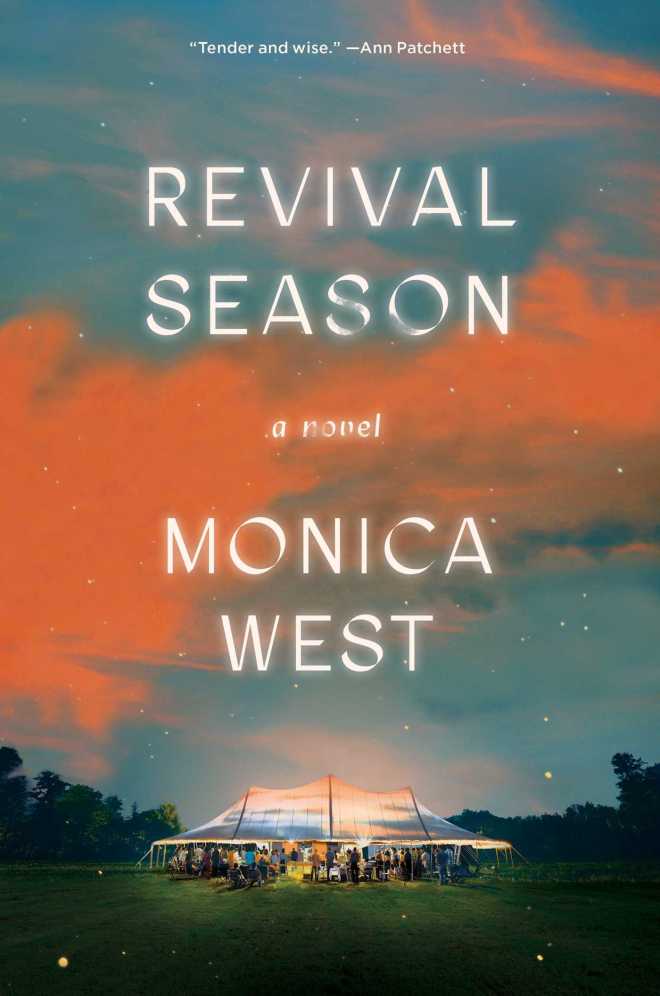 “Papa had carefully cultivated our belief in him. He never said it outright—Believe in me as you believe in God—that would have been obvious blasphemy and idolatry. But he was the all-consuming presence that had filled my entire life, taking up all the space in the house and in revival tents. In its absence was a black hole that seemed bigger than the presence that had inhabited it.”

Thoughtful if sad Revival Season is a novel about faith and healing. Written in a quietly elegant prose Revival Season paints an intimate, if troubling, family portrait. The Hortons are an Evangelical Black family. The pater familias is a renowned preacher who has healed and saved hundreds of souls. Miriam, his fifteen-year-old and our narrator, has been brought up under his rigid rule. She’s homeschooled, seems to exclusively interact with members of their church, she has to dress modestly and comport herself in a respectful way. Miriam is used to this way of living and doesn’t long for a different lifestyle. She looks up to her father and is close to her mother, she cares for and is responsible for her young sister Hannah, who was born with cerebral palsy, and she gets on as best as she can with her brother. Every year during the summer the Hortons travel across the South for ‘revival season’. The previous year Reverend Horton was involved in an altercation, one that Miriam has tried hard not to dwell on. But when her father’s healing powers fail him once more Miriam becomes once again witness to his violent outbursts. When they return to their hometown Miriam is unable to forget what she was. Over the course of a year, Miriam becomes painfully aware of how dangerous her father is. As her faith in him begins to waver Miriam discovers that, unlike him, she now has the ability to heal others. Forced to hide her gift from her father, Miriam has to decide whether to keep her healing a secret or cure others and risk her father’s ire.

Revival Season presents readers with an intimate look at a family that is unravelling. Monica West does a fantastic job in capturing Miriam’s voice. Not only does Miriam’s tender narration convey her young age and sheltered upbringing—without making her sound wholly naïve—but it is also succeeds in being introspective and perceptive. In articulating Miriam’s conflicted and shifting feelings towards her father West demonstrates great sensitivity. I could sadly relate all too easily to Miriam and found West’s nuanced portrayal of her father to be incredibly realistic. In fiction there is a tendency to paint abusers as one-dimensional monsters, but in real life things are not so clear-cut.
As the narrative progresses West explores Miriam’s faith in God and her self-belief. As Miriam is forced to question the image that she has of her father, she begins to tests the boundaries and rules he had long imposed on her. During this time Miriam also learns more about her mother’s past and begins to see her in a new light.

I think part of me did find the narrative to be slightly slow-moving and I did find myself wishing for a story with a broader scope. I was also a bit disappointed by the lack of revivals (ever since watching Carnivale and True Detective i have been oddly fascinated by them, go figure). Most of the narrative (70-80%) takes place in Miriam’s home and her father’s church, which resulted in some rather limited scenery. I think my lack of faith (i know i know, i am heathen) also played into my not being wholly captivated by what I was reading given the amount of Bible passages we get and that one of the novel’s primary concern is Christianity. Readers with stronger ties to Christianity will probably be able to appreciate this novel more than I was.
Last but not least, we get the dreaded “I released the breath I hadn’t realized I’d been holding” line which I have come to despise. Scratch that, I feckin hate it.

In spite of my reservations about the novel’s pacing and ‘breadth’, I can say with certainty that this is a well-written (- that one line) and poignant debut novel, one that should definitely appeal to fans of Purple Hibiscus (which is also narrated by a fifteen-year-old girl who lives in a religious and abusive household).