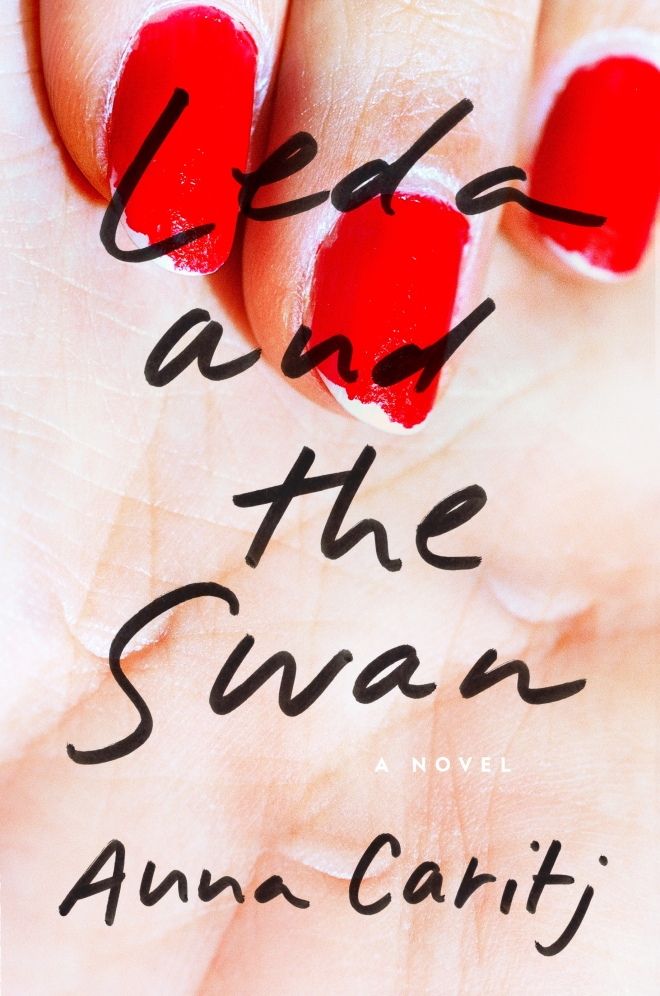 Leda and the Swan by Anna Caritj

Alas, campus novels are my achilles heel (when will i learn?).

“Perhaps this not knowing was the thrill of it: the mystery, the risk.”

Leda and the Swan is an ambitious debut novel that sadly misses the mark.
From its tired premise to its one-note characters, Leda and the Swan feels like a wasted opportunity. Not only does the novel sacrifice character and plot in favour of subject matter but the author’s commentary on sexual assault feels at best simplified, at worst, well, let me just say that it does it no favours.
If you are looking for some thought-provoking, nuanced and unflinching accounts of sexual assault I would recommend you give this novel a pass and try instead Lacy Crawford’s memoir on her experiences of sexual assault at an elite boarding school in New Hampshire or Michaela Coel’s heart-wrenching series, I May Destroy You (words cannot describe how i fell about this series). If you are instead happy to read a frustratingly patronizing narrative that succeeds in evoking and criticising the sorority lifestyle, well, you might be able to appreciate Leda and the Swan more than I did (be warned, the book is basically all filler and no, i would not describe this as dark academia).

Leda and the Swan opens with a long party-sequence. It’s Halloween and Leda, a third-year student and member of the Psi Delta sorority, is off to a party. She’s kind of looking forward to seeing her new crush Ian but a few drinks in finds herself just going with the flow of the party. She talks with strangers, feels kind of sick, and ends up having what seems like a ‘moment’ with a girl wearing a swan costume (get it? Leda and the swan? Ah.) who claims to know her from somewhere. When Leda wakes up on Monday she can’t recall how the night ended: did she sleep with Ian? Why is her lip busted? Then Leda learns that the girl she spoke to has gone missing and (as these missing-girls stories tend to go) she becomes increasingly obsessed by her ‘disappearance’.

In spite of this missing person angle, this novel is by no means suspenseful or even captivating. First things firsts: this kind of missing girl storyline has been done to death (A Prayer for Travelers, Please See Us, Restoration Heights, All the Missing Girls and many more;here you can read an interesting article on this trend). While I don’t think that this trope is bad per se I am not keen on books that do nothing new with it. And Leda and the Swan repeatedly failed to subvert my expectations. This is the classic story that is less about the girl gone missing than about our main character projecting whatever is going on with her onto that missing girl. And I wouldn’t have minded if Leda had actually come out of this novel feeling like a multi-dimensional person rather than say a sounding board.
She’s so woefully naive that any kind of doubt or idea that goes through her head has to be inspected, dissected, examined, and reexamined because she just doesn’t know things. And rather than presenting us with piercing observations, we get a series of simplified quasi-rhetorical questions (“Had Charlotte sensed it happening? Had Charlotte known?” or “Who was she expecting? Mary, shaking her head? Carly, making some lewd hand gesture? Was she expecting Ian to be there, rushing up the stairs after her?” or “Why shouldn’t she have made a scene? she thought. If she didn’t like something, why shouldn’t she scream?” or “Was it possible? Leda asked herself.”).
Not only did I find this pattern of questions repetitive but the kind of questions they pose are very basic. It gave me the impression that the author was addressing the kind of audience that needed to be gently convinced that Leda’s reactions & fears are valid. I also grew tired by the huge quantiles of ‘maybes’ and ‘perhapses’ that are implemented by the narrative (“Maybe she had been wrong. Wrong to assume that all her friends wanted was gossip. Maybe they would face the monster with her.” or “Maybe knowing yourself wasn’t as easy as it sounded.” or “Perhaps her “true” voice was so low that even she couldn’t hear it.”). Certain ‘important’ phrases are also repeated ad nauseam (the author doesn’t go for subtlety nor does she trust her readers to actually remember what was said a few pages prior). The author also has to repeatedly remind us that her ringtone is ‘Dancing Queen’.

The narrative uses Leda’s blackout as a source of tension. Did she have sex with Ian or did he force himself on her? Which, is not exactly great. Especially when we eventually learn what happened. Even if it takes Leda forever to bring herself to ask Ian what went down between them, I, and probably many other readers, already know. Which made much of her narrative moot. She remains a one-dimensional character, a generic stand-in for a ‘regular gal’ who just wants to fit in. She’s given a Sad Backstory™ which is really poorly developed. Her mother died, and she is still grieving her loss. Yet, we never really learn anything substantial about Leda’s mother or the bond they shared. The narrative portrays Leda as this ‘lost’ and complex character but she is just one of those things. She doesn’t know what she wants, she gives really mixed signals, and she does some straight-up questionable things. Something about the way she behaved towards her sisters was particularly grating as she whines that they don’t care enough about her to check on her but she doesn’t really check on them either. Pot kettle much?

Her misreading of the people around her, Ian especially, was so fucking frustrating. Speaking of Ian, the guy was also severely lacking in depth. He is a mere plot device in Leda’s narrative. His characterization was both vague and inconsistent.
Going back to Leda, the only interesting thing about her, well, that would be her name. That’s it. Other than that she is just a vehicle through which the author can address serious topics in an oversimplified & condescending manner. Her supposed ‘connection’ with the missing girl is bollocks. Charlotte never emerges as a fully realised being either, but her disappearance allows Leda to ‘realise’ how easy it is for girls to be assaulted and or killed (because you need someone actually disappearing to understand that).

The story doesn’t really present us with a nuanced discussion about sexual assault and consent, let alone victim-blaming or slut-shaming, focusing instead on depicting these very long scenes in which Leda interacts with her horrible ‘sisters’, or angsts over Ian, or talks to rando college students who aren’t particularly memorable or realistic but convey a certain type of ‘personality (so we have the mean girls, the hippy lot, the alternative girls, the frat bros).

Leda’s navel-gazing (she spend much of the narrative wondering whether the word ‘disappeared’ should be used to describe Charlotte’s, you guessed it, ‘disappearance’). The novel ends up also doing the classic ‘girls like Leda’ are just more genuine than say her Barbie sisters. Case in point, the only ‘sister’ who is portrayed in a favourable light is Mary, who is deemed ‘weird’ by the others. Puh-lease. Not this Not Like Other Girls bullshit again. I am so done with this kind of narrative. While Leda’s ‘concern’ for Charlotte is made to seem as ‘genuine’, her sisters’ activism is far more performative in nature. The story is not even particularly satisfying in showing how herd mentality works, or why Leda is so eager to be part of this collective.

The story is possibly set in the late 2000s but I can’t be too sure. I only suppose so because of the way they spoke (a lot of non-pc stuff), the music they listen to (eminem, amy winehouse), and someone has a flip phone. The novel doesn’t really address how privileged Leda and most of her sisters are. At the beginning the narrative offhandedly remarks that Leda’s sorority favours white girls, but the story doesn’t really go into this. It also bugged me that one of two of the characters of color, who happens to be Pakistani, is portrayed as basically a ‘princess’ (her life outside school is described as ‘regal’ and she once wore a bikini made of actual gold…). Also, this character dismisses the fact that Charlotte is Chinese-American, saying that “Charlotte’s white, basically” and no one (Leda nor any characters in the narrative) challenges this.
Anyway, Leda is made to seem as if she is this walking tragedy but I really really really wanted her to once acknowledge her privilege (she’s white, straight, cis, and has at least more than one person who clearly cares for her).

The whole mystery storyline is obsolete and I really hated how Leda is made into the person who figures it out (when in reality someone just explains things to her). The postcards she steals early on from Charlotte’s home (yeah, talk about crossing the line) were ludicrous and sounded as if they were generated by a Tumblr bot and we also get an obvious Chekhov’s gun…

I can safely say that this novel could have been easily cut in half. The ‘best’ thing about this novel is that it has a strong sense of place and that it does capture college culture (the parties & drinking, the pressure to belong to a group & or to be a fun person). But other than that, yeah…I don’t have many positive things to say about it. The author’s storytelling is flat and I think that those long sequences would have suited a tv series/film more.
I was actually tempted to DNF this early on and I wish I’d trusted my instincts.