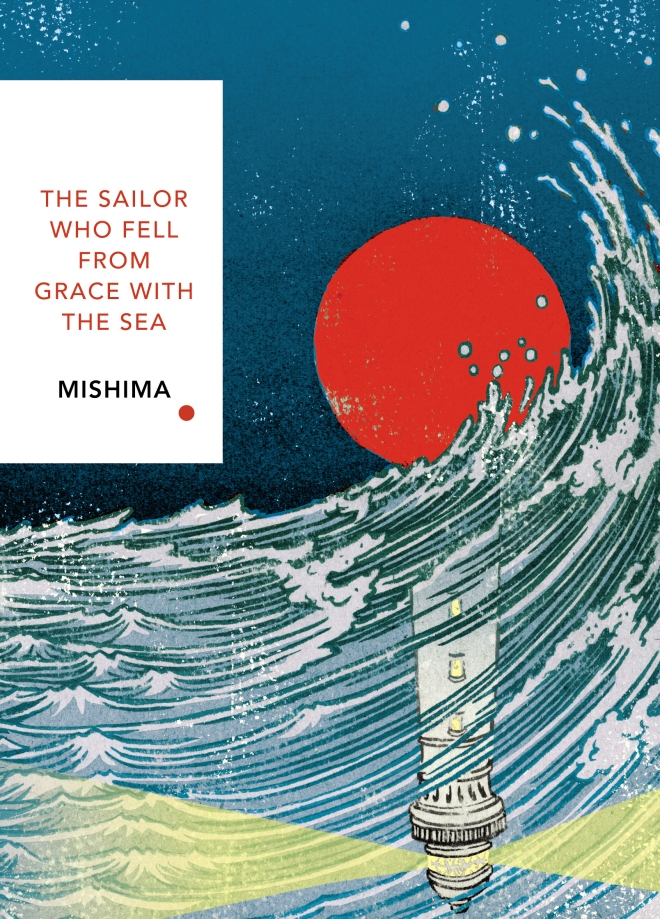 This is the second work that I’ve read by Yukio Mishima and I’m afraid to say that, unlike Star, I found an unappealing read. I was expecting the story to focus on Noboru Kuroda and the gang of boys he hangs out with but most of the narrative is dedicated to the romantic & sexual relationship between Fusako, Noboru’s mother, and Ryuji, a sailor who has so far lead a rather untethered lifestyle (happiest at sea, keeping his fellow crew members at arms’ length, not settling down, etc.). Noboru meets Ryuji and seems to instantly dislike him, he also spies him and his mother having sex through a peephole. His animosity melts somewhat when Ryuji returns to the sea. Noboru, like the rest of his ‘clique’, seems to appreciate apathy, lack of feeling, a refusal to sentimentally, so, Ryuji leaving his mother behind seems to resonate with Noboru’s ‘feelings=being weak’ mentality. Alas, Ryuji returns and after one unintentionally hilarious encounter between him and Noboru involving a wet shirt, well, Noboru decides Ryuji is persona non grata and seems to view him as the embodiment of everything that is wrong with his contemporary Japanese society (just because this man was being nice to him…). When Ryuji decides to change his lifestyle and settle down with Fusako, Noboru and his gang decide to take matters into their own hands
First things first: there is an explicit scene depicting the killing of an animal that could have been made shorter and seem to exist only in order to shock. Shock it did not but annoy it did. These kinds of gratuitous descriptions do nothing for this particular reader. Second: the ideology of this boy gang. It seems on the same level as the ‘we live in a society’. They are as angsty and self-righteous as Light Yagami. Which, I might have found compelling had I been aged 14 or so but I’m not. Joker stans maybe into their brand of ‘fuck society’ but I was not. Their detachment and contempt of social norms are exaggerated to the point of ridiculousness. Like, the whole Ryuji thing? I did not really believe that Noboru admired him in the first place so I couldn’t get behind his feeling betrayed by being ‘confronted’ with what he perceives to be ‘moral’ weakness (being friendly towards him and lying about how he got his shirt wet? wtf). Also, if he and the boy were truly apathetic they wouldn’t have cared about Ryuji in the first place, let alone be so angered by him not fitting into their ideal of ‘man’.
The elements of eroticism within this narrative were incredibly yucky and made me want to scratch my eyes out.

In short, I did not get this but not in a good-way that would inspire me to reread it in order to better understand it. Quite the opposite in fact. If I could unread it, I probably would.

I’m almost disappointed in myself for not liking or appreciating this novel as I do find the author to be an interesting figure (i mean, cosplaying Saint Sebastian? now that’s something) and I did find Star to be a thought-provoking and surprisingly relevant read. While I probably will read more of his work, I can only hope that I will find it more absorbing than this.