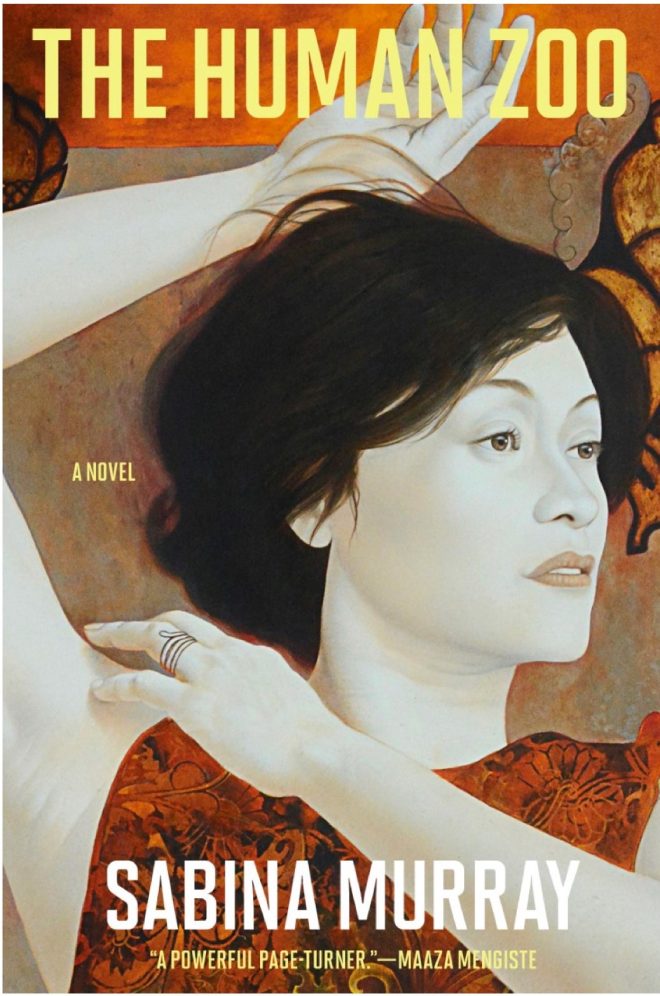 The Human Zoo by Sabina Murray

The Human Zoo will appeal to readers who prefer their books to focus on setting and social commentary more than say plot or character development. Sabina Murray writes with confidence and at first, I found myself quite immersed in her storytelling. The novel is narrated by Tin, a Filipino-American journalist whose marriage is close to collapse. Ting travels to Manila, both to escape her current predicament and to research Timicheg, an Igorot man who in the early 20th century was displayed in one of the last ‘human zoos’ in America. Since her last visit Procopio Gumboc has become the country’s president and his rule is bloody indeed.

Ting returns to her family home where she easily slips back into a comfortable existence with the house staff taking care of her every need and with evenings spent with other socialites. Ting is reunited with her close friends and her former lover Chet, a rich businessman now married to someone else and with ties to Gumboc’s regime.
Ting is also meant to keep an eye on Laird, the American fiance of one of her cousin’s. But when Laird begins showing up at every event and family occasion Ting attends and asking a lot of questions. Ting grows suspicious of Laird and, when he seemingly vanishes, fears the worst.
This novel is certainly informative. Through Ting’s narration, we learn about the Philippines’ history, its fraught political past and present, as well as its contemporary class dynamics. While we do witness just how oppressing its regime is, we also hear the perspective of those who regard it as the lesser evil or even as a solution to the issues affecting their society. Ting is very much opposed and critical of Gumboc’s rein, but not many are willing to listen to her concerns.
Towards the end, the story changes track slightly, in a way that wasn’t entirely seamless. I found some of the events that happen to be rushed and not entirely credible. I also found myself growing bored by how exposition-heavy the narrative was. Ting tells us all of these things about her country and its history and its present but, personally, I would have preferred to have less telling and more showing.

The characters themselves never truly feel like actual people. Ting is a vehicle through which the Philippines can be ‘explained’ to, I’ll hazard, a predominantly non-Filipino audience and she lacked both history and motivations. Her relationship with the characters around them was similarly satisfying and seemed to exist only in order to illustrate a certain type of person who is part of Manila’s upper crust. Her romance with Chet, for instance, was flat and strangely artificial.
I wanted more of Ting’s family and more of her actual research on Timicheg, and less about Gumboc, Laird, or Chet.

Lastly, I found it weird that Ting kept describing Inchoy, her friend, as being gay when he seems to be in a loving relationship with a transwoman. Inchoy, as far as I recall, does not describe himself as lgbtq+. He’s a cis man who is in love with a woman. Yet, because the woman he is in love with is trans Ting claims more than once that he’s gay.

While this novel certainly paints a detailed picture of contemporary Manila, in particular the lifestyle of the upper classes, it failed to leave a strong impression on me. In-depth examination and discussion of politics aside, The Human Zoo doesn’t have much to offer. Ting is a blank page of a protagonist and so are the characters around her. The story ambles on in a fairly predictable and uneventful fashion, but it lacked direction and urgency.
If you are interested in reading this novel I recommend you check out more positive reviews.