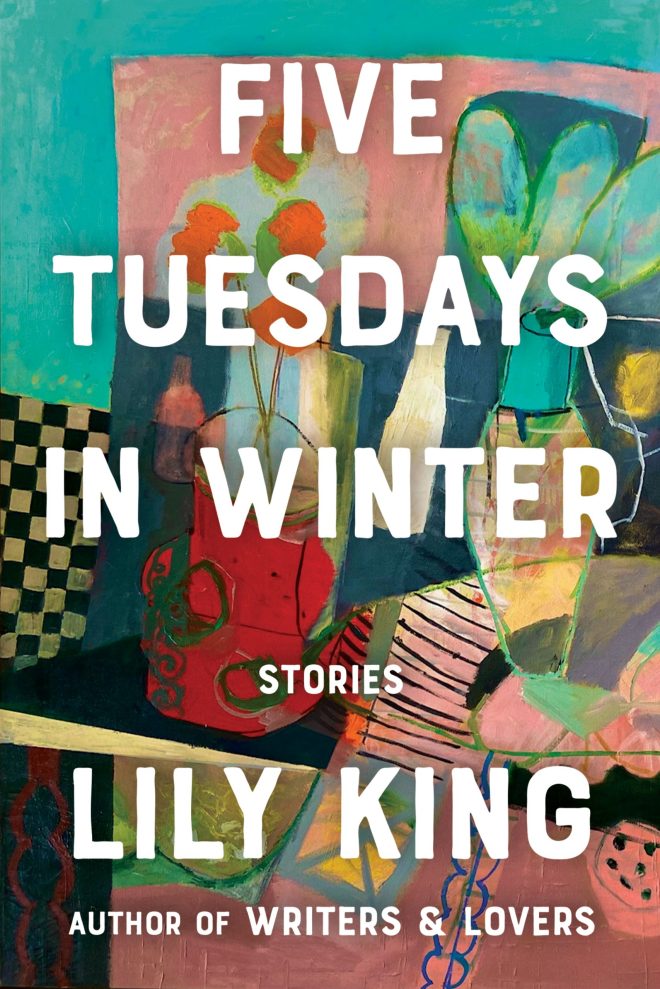 “You become a creature I can’t understand, my mother sometimes said to me.”

Having loved Lily King’s Writers & Lovers I was looking forward to reading more of her work and I can happily say (or write) that her first-ever collection of short stories did not disappoint. More often than not I find short story collections to be a mixed bag (with some good ones, some meh ones, and even a bad egg or two). But, I found myself drawn to all of the stories in Five Tuesdays in Winter. While the stories focus on characters who don’t always have much in common (be it their age, the time when and/or place where they are living, their fears or desires) their narratives are characterised by a bittersweet tone that will elicit feelings of nostalgia in the reader (regardless of whether they have experienced what the characters are experiencing). Despite the title of this collection many of these stories are set during the summer and easily transport us right there alongside the characters so that we too are experiencing the heat, elation, and almost-surreality of their summer holidays (that feeling of being free from the usual routines etc). King captures with unsparing clarity the thoughts and feelings of her characters, and conveys their wide range of emotions, honing in on the longing, unease, giddiness, and sadness they experience over the course of their stories. Some are in love with someone who may or may not reciprocate their feelings, others are in a phase of transition, for example, from childhood to adulthood, or mired in the confusion of adolescence.

In the first story, ‘Creature’, Cara, a fourteen-year-girl, is employed by a well-off family as a babysitter for the summer holidays. During the time she spends at this family’s house she becomes infatuated with Hugh, her employer’s son, who is much older than her. Our narrator is an aspiring author who likes to envision herself as a Jane Eyre sort of figure but, one thing is to daydream about Hugh, another is realising that Hugh has no compunction about making a move on her (when she’s very much underage).
In ‘Five Tuesdays in Winter’ a single-father and bookseller falls for his employer who is also tutoring his daughter in Spanish. Mitchell is however unable to express his feelings and spends much of his time longing to confess his love to her. In ‘When in the Dordogne’ the son of two professors bonds with the two college students who have been hired to housesit his home and keep an eye on him. In ‘North Sea’ a mother and daughter are on vacation together but their strained relationship results in a less than idyllic time. While the following stories also present us with different perspectives and scenarios they explore similar themes (hope, connection, love). I liked how King manages to be both a gentle and an unflinching storyteller, that is able to make you happy one moment and sad the next. I also appreciated that the stories didn’t have neat endings or ‘valuable’ life lessons but often read like a slice-of-life that is providing us with a glimpse into a specific period of her characters’ lives. King captures how confusing feelings can be sometimes, so that we have characters both longing for something or someone while at the same time feeling uneasy at the possibility of attaining what, or who, they’d thought they desired.
My favourites were ‘Creature’, ‘When in the Dordogne’, ‘Timeline’, and ‘Hotel Seattle’.
King’s understated prose is a marvel to read and I had a wonderful time with this collection. If you were a fan of Writers & Lovers you should definitely pick this one up. Moving and wistful Five Tuesdays in Winter is a scintillating collection!