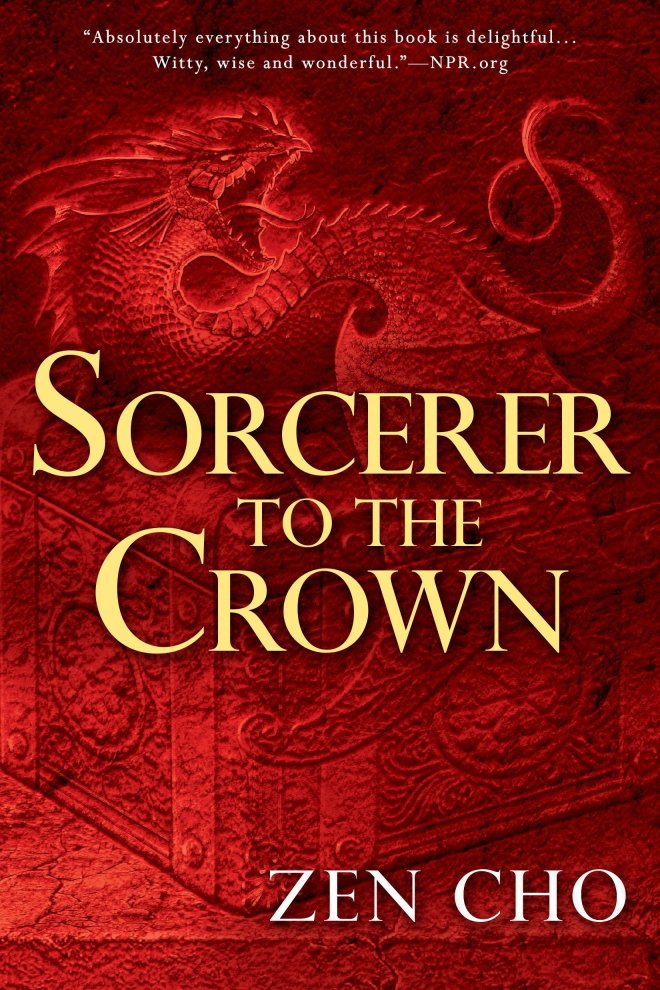 Sorcerer to the Crown by Zen Cho

“He spoke the spell under his breath, still a little uncertain after the agonies he had endured. But magic came, ever his friend—magic answered his call.”

Written in a playful pastiche style Sorcerer to the Crown will certainly appeal to fans of Susanna Clarke, Neil Gaiman, and Diana Wynne Jones. Cho’s bombastic prose, characterized by an Austenesque sense of humor, and madcap fantasy of manners story were a delight to read.
The first time I read this, back in 2015/6, I did, truth be told, struggle to get into Cho’s high register language. But, the more I read, the more I familiarised myself with her lofty and loquacious style. Sorcerer to the Crown was a brilliant read, a real blast!

“In truth magic had always had a slightly un-English character, being unpredictable, heedless of tradition and profligate with its gifts to high and low.”

Set in an alternate Regency England, Sorcerer to the Crown follows Zacharias Wythe, the country’s first Black Sorcerer Royal, who was raised by his recently deceased predecessor, Sir Stephen. While Zacharias clearly respected and was grateful to Sir Stephen, the two didn’t always see eye to eye. Moreover, Zacharias can’t forget that Sir Stephen bought and freed him, separating from his own family. This being Regency England Zacharias is treated with open animosity by most of his colleagues, some of whom are actively attempting to besmirch his name, claiming that he’s responsible for England’s decline of magic and Sir Stephen’s death. Zacharias is an incredibly level-headed individual, a thinker not a fighter. He’s serious, studious, punctilious. He’s also fair, loyal, and endearingly naïve. Yet, even he can’t quite keep his calm when his reputation, and life, are under attack. Attempting to clear his name and to discover the reason behind England’s magic drought, he leaves London.

“Magic was too strong a force for women’s frail bodies—too potent a brew for their weak minds—and so, especially at a time when everyone must be anxious to preserve what magical resource England still possessed, magic must be forbidden to women.”

He visits Mrs. Daubeney’s School for Gentlewitches, a place that is meant to snuff any magic from its pupils. In England, the only women who are ‘allowed’ to practice magic are those from the lower classes (and can only use spells to facilitate their daily chores/tasks). Due to her ‘questionable’ parentage (ie her mother was not an Englishwoman) Prunella Gentlemen, similarly to Zachariah, has always been treated as an outsider. Prunella is an orphan who thanks to her ‘generous’ benefactor, Mrs. Daubeney, was, for the most part, treated like the other students. When an incident threatens to change this, Prunella decides to take matters into her own hands and forge her own path to happiness.

“Your amoral ingenuity in the pursuit of your interest is perfectly shocking,” said Zacharias severely.
“Yes, isn’t it?” said Prunella, pleased.

Zacharias and Prunella cross paths and form a camaraderie of sorts. While Prunella is still very much self-serving, repeatedly going behind Zacharias’ back or eliding important information & discoveries, she does seem to enjoy bantering with Zacharias. Together they face disgruntled magicians, engage in some magical mishaps, attend/crash a ball, confront angry magical creatures, try to reason with a formidable witch, partake in discussions with some rather tedious thaumaturgist, and challenge the Society’s long-established traditions and hierarchies.

““Why, all the greatest magic comes down to blood,” said Mak Genggang. “And who knows blood better than a woman?”

While the witty dialogues and droll characters result in delightfully humourous, within her narrative Cho incorporates a sharp social commentary. From the rampant racism and xenophobia that were typical of this time to addressing gender and class inequalities. Through satire Cho highlights these issues, and, in spite of her story’s fantastical backdrop, Cho doesn’t romanticise this period of time and the England that emerges from these pages feels all too real. The use of historically accurate language and the attention paid to the time’s etiquette and social mores, result in an incredibly well-rendered historical setting.

While this type of narrative won’t appeal to those looking for action-driven stories, Cho’s sparkling storytelling is not to be missed. The follow-up to this book is, dare I say, even better.