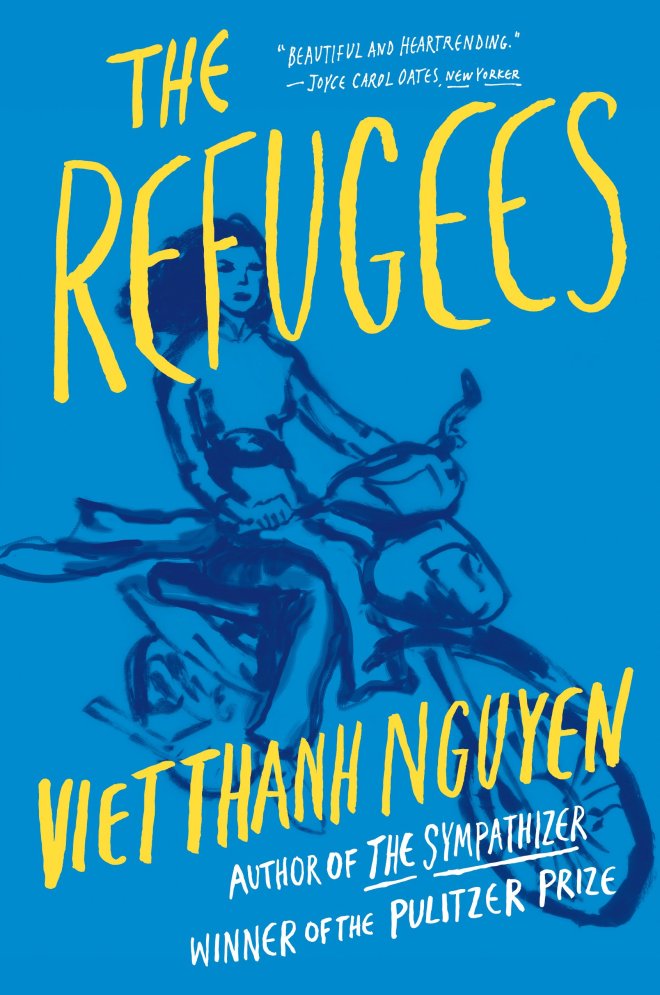 The Refugees by Viet Thanh Nguyen

“My American adolescence was filled with tales of woe like this, all of them proof of what my mother said, that we did not belong here. In a country where possessions counted for everything, we had no belongings except our stories.”

The Refugees by Viet Thanh Nguyen is a collection of short stories centring on the experiences of Vietnamese refugees & immigrants as well as Vietnamese-Americans. With one or two exceptions most of the stories in this collection take place in America, some soon after the Vietnam War. Through different voices, the author presents us with a nuanced depiction of the realities and difficulties faced by those who are either forced to or choose to leave their home country. In America they are confronted with prejudice and racism, treated as objects of fascination or pity, at times they are separated from their loved ones or find themselves growing apart from their families as well as the language and values of their early childhoods. I appreciated the author’s frank style, the humor that permeated much of his narratives, and his nonmoral approach to his characters, their struggles, fears, and desires. The stories that resonated the most with me happened to be the very first two in the collection: ‘Black-Eyed Women’, which is about a haunted ghostwriter, and ‘The Other Man’, which is set in San Francisco and follows Liem, a young refugee who staying with a gay couple. Many of these stories emphasize the linguistic and cultural barriers experienced by immigrants. Most of these stories, such as ‘I’d Love You To Want Me’, a story about an ageing couple, make for rather bittersweet reads.

Like many collections of short stories, The Refugees was a bit of a mixed bag. None of the stories was bad but a few stood out. Something that dampened my reading experience was the weird way the author would write about breasts: we have “doleful areolas”, breasts that “sway like anemones under shallow water”, and breasts that “undulate” like “the heads of eels”. Like, what gives Nguyen? Why be so weird about breasts? I guess they were meant to be humorous but I happen not to have the sense of humor of an 8-year-old boy so, they didn’t quite do it for me. Also, it would be fairer than to have weird metaphors about other body parts.
All in all, this was a fairly solid collection and I look forward to finally giving Nguyen’s Pulitzer-winning novel a go.